Miller’s take on Ford’s role in the war’s end bears no resemblance to reality. 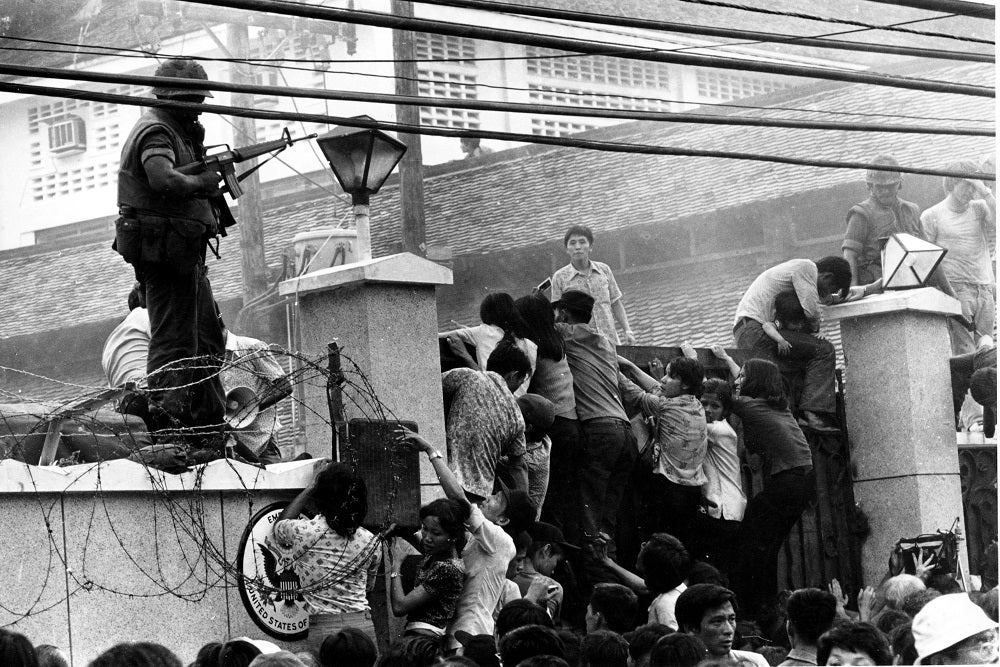 Acting Defense Secretary Chris Miller is offering a Drunk History version of how the Vietnam War ended just as President Donald Trump’s administration appears to be trying to re-enact the fall of Saigon elsewhere in Asia.

While visiting the never-quite-finished aircraft carrier USS Gerald R. Ford on Wednesday, Miller told the crew that the president for which the ship is named was able to disengage the U.S. military from its decades-long commitment to defend South Vietnam.

“Ford had the courage to end the war in Vietnam and knew the high cost of eternal vigilance and deterrence,” Miller said, according to a tweet from the Defense Department’s official account.

“Ford had the courage to end the war in Vietnam and knew the high cost of eternal vigilance and deterrence. His namesake ship @Warship_78 carries on President Ford’s legacy as the most powerful and transformative warship in the world,” said Miller. pic.twitter.com/UBQXkzcKl5

The language Miller used is similar to how he has framed the Trump administration’s decision to draw down to roughly 2,500 troops in Afghanistan by Jan. 15.

“With the blessings of Providence, in the coming year we will finish this generational war and bring our men and women home,” Miller announced on Tuesday at the Pentagon.

If Miller was trying to draw a historical parallel between Ford in 1975 and Trump in 2020, there is one major problem: Ford did not end the Vietnam War, the Vietnamese communists did.

Under former President Richard Nixon, the United States signed the Paris Peace Accords in January 1973, which ended the U.S. military’s overt mission to protect South Vietnam from both communist insurgents and North Vietnam.

After the agreement was struck, Congress set the stage for the communist victory by reducing military aid to South Vietnam and banning all funding for U.S. military combat operations “in or over or from off the shores of North Vietnam, South Vietnam, Laos or Cambodia.”

From that point on, the outcome of the war was inevitable. In their final offensive of the war, the People’s Army of Vietnam and the Viet Cong captured Saigon on April 30, 1975.

Thus, Ford did not end the Vietnam War. He presided over the evacuation of the U.S. embassy in Saigon and Phnom Penh in neighboring Cambodia. Miller’s take on Ford’s role in the war’s end bears no resemblance to reality.

The Pentagon will not release a full transcript of Miller’s remarks about Vietnam because they were not part of a formal speech, defense officials said on Thursday. Pentagon spokesman Jonathan Hoffman did not provide a comment for this story.

Since becoming acting defense secretary on Nov. 9, Miller has sent two messages to the force indicating that the post 9/11 wars are finally drawing to a close after nearly 20 years.

In a Nov. 16 memo, Miller said that one of his top priorities will be to, “Bring the current war to an end in a responsible manner that guarantees the security of our citizens. “

But if Miller is looking at the U.S military’s departure from Vietnam as an example, it might be wise to get helicopters ready to evacuate the U.S. embassy in Kabul before the Taliban capture the city.

Related: The iconic Vietnam War novel ‘The Things They Carried’ is getting a film with a star-studded cast