The evacuation is being called “Operation Allies Refuge." 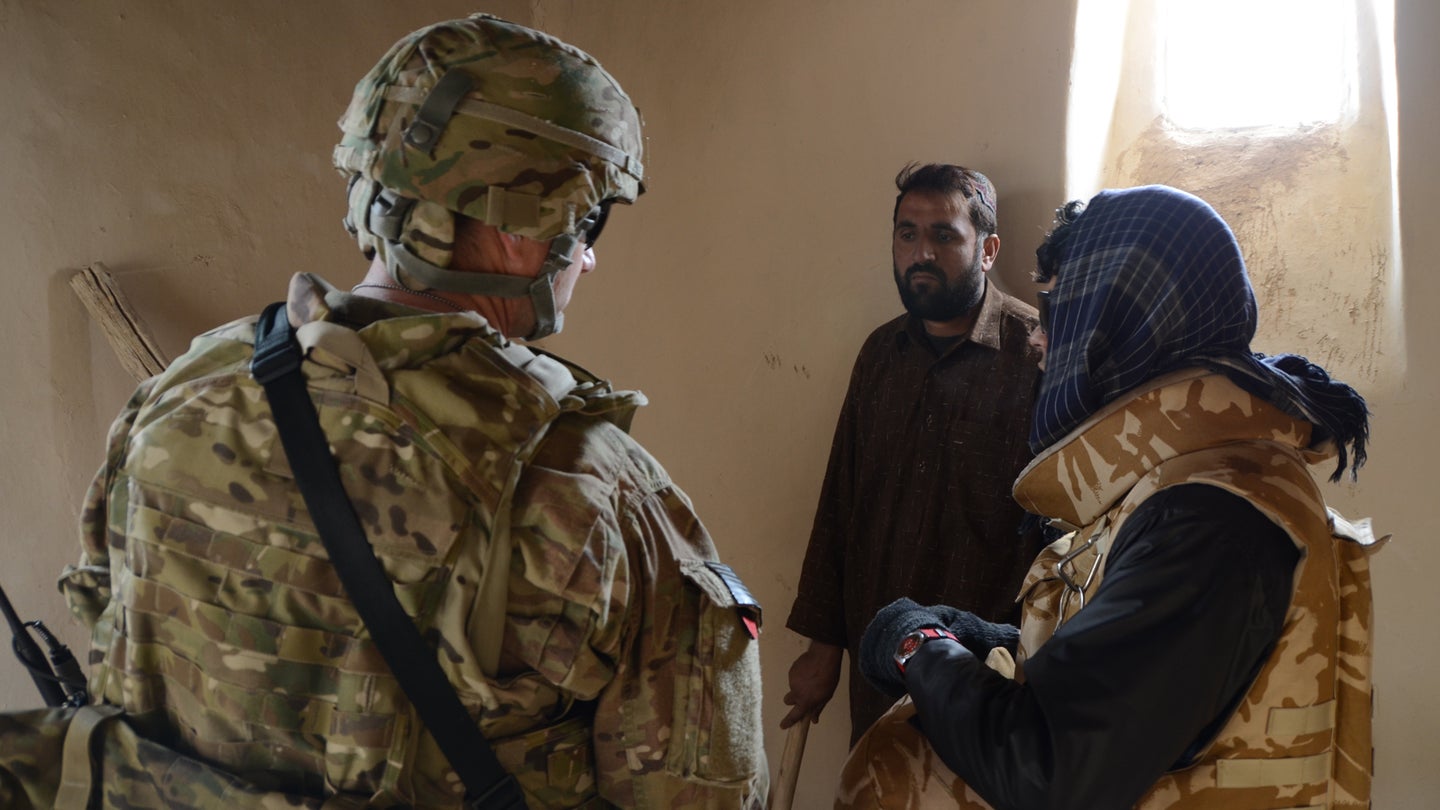 Maj. Jonathon Pike, a member of the California Army National Guard, serving with the Zabul Agribusiness Development Team, listens to the interpreter translate the concerns of a farmer during a village shura in Payenda Khel, Afghanistan, 2012. (U.S. Army/Col. Daniel Bohmer).
SHARE

After months of uncertainty, President Joe Biden’s administration will finally start evacuating vulnerable Afghan interpreters and their families by the end of the month, a senior administration official has confirmed.

The Biden administration is launching “Operation Allies Refuge” to evacuate Afghans who are eligible applicants for Special Immigrant Visas, the official said in a statement. Those evacuation flights will begin the last week of July. Details about the flights will not be publicized due to operational security concerns.

It’s unclear where the Afghans will be taken. Another senior administration official said on a phone call last week, a recording of which was obtained by Task & Purpose, that the U.S. was looking at three different categories of locations, including overseas military installations, U.S. territories, and other countries who would agree to house evacuated Afghans.

It’s also not immediately known how many people will be evacuated — the official said last week the administration was not setting a cap or a floor, and would start “moving people out in the thousands as a start.”

An estimated 70,000 Afghan interpreters and their families are attempting to flee the country out of fear of being killed by the Taliban, which is surging throughout Afghanistan. Since many of those Afghans live in parts of the country that are almost completely controlled by the Taliban, it is unclear how they could be transported to the country’s capital and largest city, Kabul, to be evacuated.

As Task & Purpose previously reported, the fight to get U.S. allies, like interpreters, out of their country of origin and to the United States has been a long one. For years American troops have faced bureaucratic nightmares as they tried to get the interpreters they served alongside in both Iraq and Afghanistan out and to the U.S. Those who have made it to the United States have been the exception rather than the rule.

It’s not an altogether new challenge, either. At the end of the Vietnam War, in 1975, the U.S. military helped move more than 100,000 refugees from Vietnam and Cambodia escape to Guam as part of Operations New Life and Baby Lift, and many of those refugees were resettled in the continental United States.

The non-profit group No One Left Behind is offering to buy plane tickets for Afghans whose visa applications have already been approved so that they do not have to wait for the International Organization for Migration to schedule their flights out of the country, said James Miervaldis, chairman of the group’s board.

It can take between three and five months for the United Nations to book flights for Afghans whose Special Immigrant Visas have been approved, said Miervaldis. He also thanked Biden for following through on his promise to protect Afghans who have worked for the U.S. government.

So far, No One Left Behind has raised more than $1 million to fly 1,250 Afghan visa recipients who have not left the country yet, Miervaldis said.

“No One Left Behind is proud to coordinate with the White House and State Department to make sure anyone who can receive a Special Immigrant Visa has the option to come to the United States,” he added.

While the evacuation of Afghan interpreters and their families has been widely praised, it also raises many questions and U.S. government officials are providing few answers.

The Association for Wartime Allies, an advocacy group for Iraqi and Afghan interpreters, issued a statement on Wednesday saying it is grateful the evacuation will start but it wants more information about the Afghans who will be rescued.

“Where are they going?” the group’s statement says.  “Who exactly qualifies? How will they evacuate people not in Kabul? We need everyone included. We stand ready to help the Biden administration in any way we can.”

This is a developing news story and will be updated as more information becomes available.