PTSD tied to higher risk of an early stroke, according to a massive new study of post-9/11 veterans 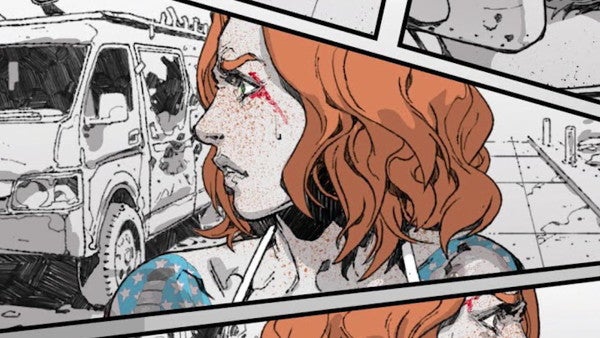 (Reuters Health) – Young adults who develop PTSD may be more likely to have a stroke by the time they are middle aged, a study of U.S. veterans suggests.

Researchers followed almost one million young and middle-aged veterans of the conflicts in Iraq and Afghanistan for more than a decade, starting when they were 30 years old, on average, and had no history of stroke. Overall, 29% had been diagnosed with PTSD.

During the study, 766 people had a transient ischemic attack, or brief “mini-stroke,” and another 1,877 people had a stroke.

“This trend is very concerning given the devastating impact stroke has on young patients and their families, many of whom struggle to cope with long-term disability, depression, and economic loss during their most productive years,” said study leader Lindsey Rosman of the University of North Carolina School of Medicine in Chapel Hill.

“Because PTSD is a potentially treatable psychological condition, understanding the relationship between the two conditions may have important implications for improving stroke prevention and treatment in young and middle-aged adults,” Rosman said by email.

While PTSD has been shown to increase the risk of heart disease and stroke in older adults, this is the first study to show a link between trauma-induced stress disorders and the risk of stroke and mini-strokes in young and middle-aged adults, researchers note in the journal Stroke.

Most of the veterans in the current study were men, and the majority were white.

There was a stronger link between PTSD and stroke in men than in women.

Even after accounting for behaviors that can raise stroke risk, like smoking, getting little exercise and substance abuse, researchers still found an increased stroke risk associated with PTSD.

While the study focused on PTSD among military veterans, it's possible that people with PTSD from other experiences like natural disasters, gun violence or sexual assault might also have an increased stroke risk, the study authors conclude.

“We don't fully understand how PTSD in young adults increases their risk of developing stroke at an early age, but multiple biological and behavioral pathways are likely involved,” Rosman said.

For example, prolonged exposure to intense psychological stress may lead to chronic inflammation that eventually contributes to stroke. Stress is also associated with unhealthy lifestyle behaviors such as smoking, physical inactivity, poor diet and substance abuse, which may increase risk for early stroke.

With PTSD, people may develop long-lasting symptoms of anxiety, avoidance, hypervigilance, anger, irritability, flashbacks and nightmares. This can happen just as easily for non-combat traumas and may lead to unhealthy behaviors that raise the risk of stroke among civilians, Rosman said.

The study focused on younger veterans, and results might be different for older veterans or other older adults with more traditional risk factors for stroke like heart rhythm disorders or heart failure, the research team notes.

“The causes, characteristics and consequences of stroke for young patients will likely differ from those for the 'typical' stroke patient who is much older and more likely to have other medical conditions,” Rosman said. “We can't just apply a one-size fits all strategy to address this problem.”