The US withdrawal from Afghanistan is a giant clusterf–k

This is the end. 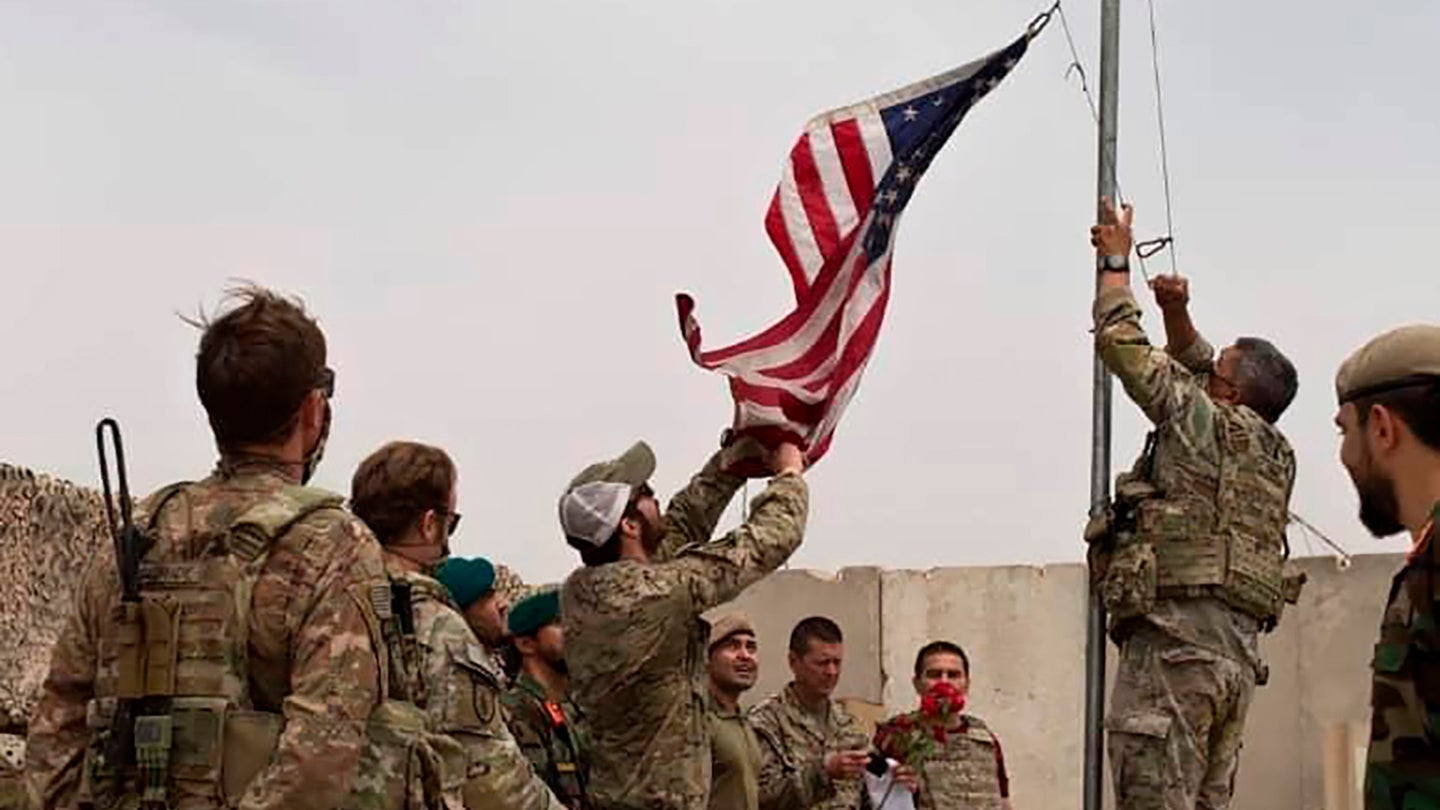 The U.S. military’s “orderly and safe” departure from Afghanistan is making the Red Army’s retreat from the same country more than 30 years ago look like mission success by comparison.

When the last U.S. troops left Bagram Airfield recently, they reportedly did not give a heads up to the base’s new Afghan commander, who discovered the Americans were gone two hours after they had left, Kathy Gannon of the Associated Press reported.

Army Col. Sonny Leggett, the top U.S. military spokesman in Afghanistan, said the withdrawal from Bagram and other bases have been “closely coordinated, both with senior leaders from the government and with our Afghan partners in the security forces, including leadership of the locally based units respective to each base.”

However, the Afghan troops assigned to the base realized something was up when the power and water abruptly stopped working on July 2, prompting civilians to start looting the installation, Ehsanullah Amiri and Gordon Lubold of the Wall Street Journal reported.  Among the items left behind by the department Americans was a box of cinnamon Pop Tarts – a sign of better times.

Although the U.S. military’s current mission in Afghanistan is now expected to last until the end of August, it is unclear how many service members are still in the country and what impact they can reasonably be expected to have there over the next two months.

The fact that the U.S. military has left Bagram, its major base throughout the war, indicates that the withdrawal could already be completed for all intents and purposes. The Onion, a satirical website, prophesized this exact scenario 10 years ago with its July 8, 2011 story: “U.S. Quietly Slips Out Of Afghanistan In Dead Of Night.”

Meanwhile, the fate of thousands of Afghan interpreters and their families, whom the United States has pledged to rescue, remains uncertain. Rep. Seth Moulton (D-Mass.) has told Task & Purpose that President Joe Biden’s administration plans to evacuate roughly 70,000 Afghans.

“What I can tell you is we’ve identified a group of SIV [Special Immigrant Visa] applicants who have served as interpreters, translators, as well as other at-risk categories,” Jen Psaki told reporters. “They will be relocated to a location outside of Afghanistan. There are a range of options, but that will happen before we complete our military drawdown by the end of August, in order to complete their visa application process from there.”

The longer the United States waits to begin the evacuation, the nearer Afghan interpreters and their families come to being slaughtered. Afghan interpreter Abdul Rashid Shirzad recently told the Washington Post that the Taliban want to kill him and other Afghans who have worked for the U.S. government.

“They keep track of us, and they don’t shoot us like they do Afghan soldiers,” Shirzad said. “If they catch me, they will behead me.”

Afghanistan itself appears to be on the brink of falling to the Taliban, which has captured 10% of the country in the past week alone, according to Bill Roggio, a senior fellow with the Foundation for Defense of Democracies think tank in Washington, D.C.

Currently, the Taliban control 195 Afghan districts and contest another 129 districts, Roggio recently wrote for the Foundation for Defense of Democracies’ Long War Journal. That means the Taliban have a presence in about 80% of Afghanistan’s 407 districts.

The Taliban’s gains have been most striking in northern Afghanistan, the home of the country’s ruling elite, Roggio wrote.

In Badakhshan province, the former stronghold of the Northern Alliance, more than 1,000 Afghan troops recently fled into neighboring Tajikistan to escape the Taliban’s onslaught.