There’s A New ‘Father And Son Served In Afghanistan’ Puff Piece, And Boy Is It Depressing

They are not meant to be depressing reads, but the latest father and son both served in Afghanistan public affairs story... 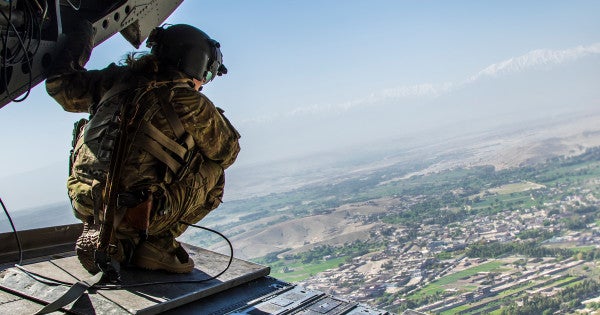 They are not meant to be depressing reads, but the latest father and son both served in Afghanistan public affairs story is out, and boy is it depressing.

Most of these stories go something like this: The son says how proud he is to be a soldier and to be serving in Afghanistan. He’s carrying on the family tradition, he says, since dad served there five or so years ago. Wow! Heartwarming!

The stories have been done in the past: There’s the 2011 story of a Pfc. hanging out with dad in Parwan Province, since the son is a petroleum specialist and his father is a civilian helicopter pilot there. Then there was one in 2013 with the first sergeant dad and the sergeant son serving in the same unit in Kandahar.

But the latest, headlined “History repeats: Son follows father’s footsteps into Army service,” is particularly sad to me, given that we’re coming up on 17 years in Afghanistan and these stories are sure to keep coming. It reminds me of The Onion’s satirical take on this kind of thing in 2017: “Soldier Excited To Take Over Father’s Old Afghanistan Patrol Route.”

The satirical angle isn’t too far off the mark. The Army’s story explains that the son, Trenton, is now deployed with 2nd Battalion, 12th Infantry Regiment — the same unit his father, Michael, was previously assigned to.

From the Army’s story:

During his time with the battalion, Michael served one tour to Iraq in 2005 and one to Afghanistan in 2010 as a sergeant and squad leader.

Both father and son serving in Afghanistan is testament that a generation has passed since the NATO mission started here in 2001. While Michael said he remembers assisting in the development of infrastructure and providing a leadership role during engagements with the Afghanistan National Army, the country has changed significantly in the past generation.

To be clear, I’m not criticizing the soldiers mentioned in these stories. They volunteered to serve in the Army at a time of war when they didn’t have to. But the public affairs take on this — to spin service in the same long, miserable, and failing war into a positive — is truly a sight to behold.

The story goes on to mention positive metrics in Afghanistan, like an increase in life expectancy of three years, and a gain in access to drinking water and increased literacy. Predictably, it leaves out the metrics that matter, such as the loss of Afghan government control over 4% of its districts from last year to now, and the upcoming review of “strategy” in a war that never seems to end.

Roughly two months from now, we will mark the 17th anniversary of the 9/11 attacks. And in the days and months after, there will be new recruits to the U.S. Army that were not even born when it occurred, perhaps fighting and dying in the Afghan war that came in its aftermath.

I wonder: Will we be reading upbeat stories about them, too?