We're back to a conditions-based withdrawal, maybe? 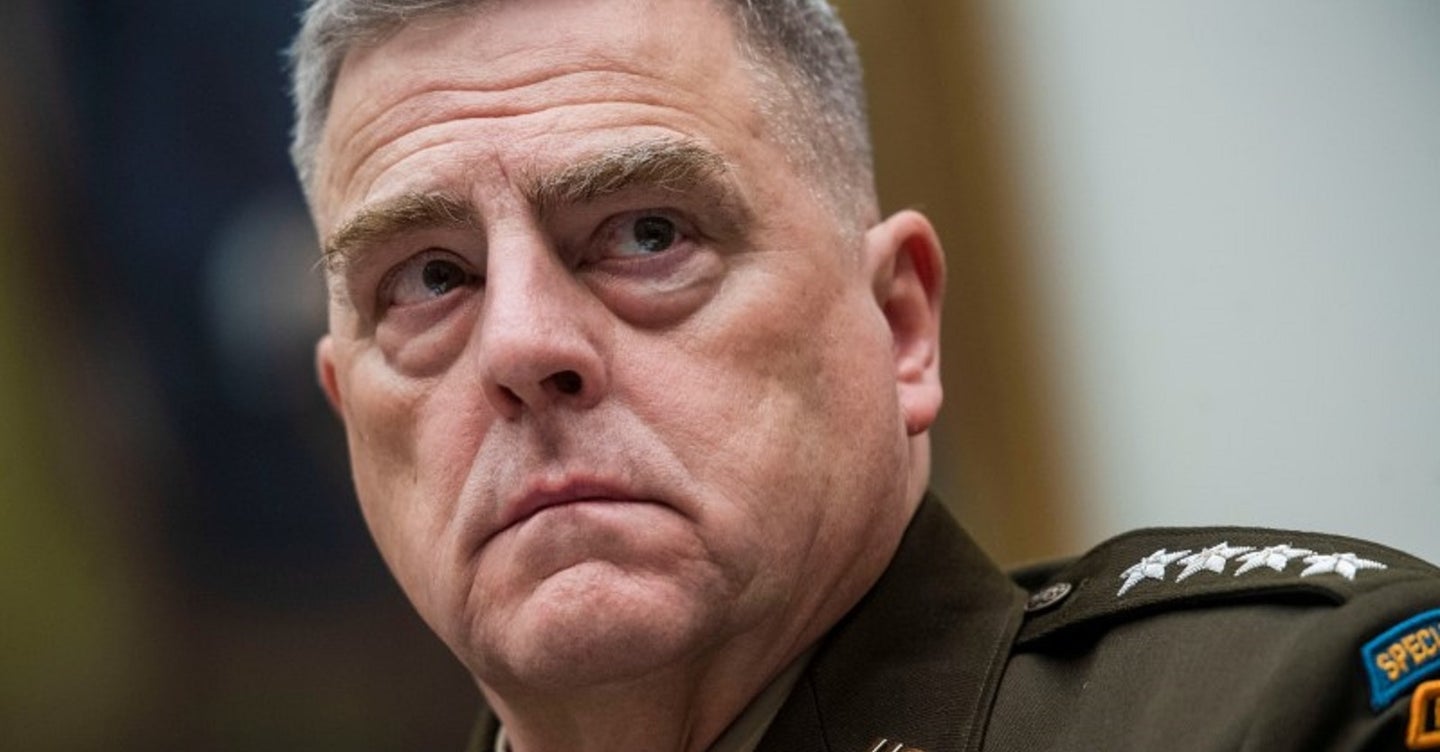 The U.S. government’s official position on the drawdown of troops in Afghanistan is now completely FUBAR.

Most recently, the chairman of the Joint Chiefs of Staff reiterated that troop withdrawals from Afghanistan will be based on conditions on the ground, even though President Donald Trump has tweeted that all U.S. service members in Afghanistan should be home by Christmas.

“I default back to we have a plan,” Army Gen. Mark Milley told National Public Radio in an interview that aired on Monday. “It’s a conditions-based plan, and right now, the only number that’s publicly out there that I am aware of in terms of any sort of official number is 4,500 in the not-too-distant future by November. And that’s the plan.”

But Milley’s comments appear to contradict both Trump and National Security Adviser Robert O’Brien, who said on Oct. 7 that the U.S. should be down to 2,500 troops in Afghanistan by early next year.

That same day, Trump went even further by tweeting: “We should have the small remaining number of our BRAVE Men and Women serving in Afghanistan home by Christmas!”

Not since then-Marine Corps Commandant Gen. Robert Neller proclaimed “We’re the Mujahideen” at a May 2, 2018 Pentagon news conference has any U.S. government official made such simultaneously spontaneous and confusing statements about Afghanistan.

As of Monday, White House officials had not made any further comments on the Afghanistan drawdown.

Publicly, the U.S. military has committed to reducing its footprint in Afghanistan to about 4,500 troops by November. If the White House has changed that plan, it does not appear that anyone has informed Milley.

“I think that Robert O’Brien or anyone else can speculate as they see fit. I’m not going to engage in speculation,” Milley told NPR reporter Tom Bowman. “I’m going to engage in the rigorous analysis of the situation based on the conditions and the plans that I am aware of and my conversations with the president. And then when we get to the point where we have further discussions and further decisions, those will be appropriately made public.”

A defense official told Task & Purpose on Monday that Milley was not trying to contradict either O’Brien or the president. Rather, Milley did not want to discuss future operations publicly.

When asked if Trump had ordered the U.S. military’s presence in Afghanistan to drop below 4,500 troops, a Pentagon spokesman referred Task & Purpose to the White House, which did not provide a comment for this story.

Milley told NPR that “I don’t think it’d be a wise thing for me” to talk about troop reductions beyond what has already been publicly announced.

He also acknowledged that the level of violence in Afghanistan has not dropped significantly over the past five months or so.

“The key here is that we’re trying to end a war responsibly, deliberately, and to do it on terms that guarantee the safety of the U.S. vital national security interests that are at stake in Afghanistan,” Milley said.