America’s top general to Taliban: Give peace a chance 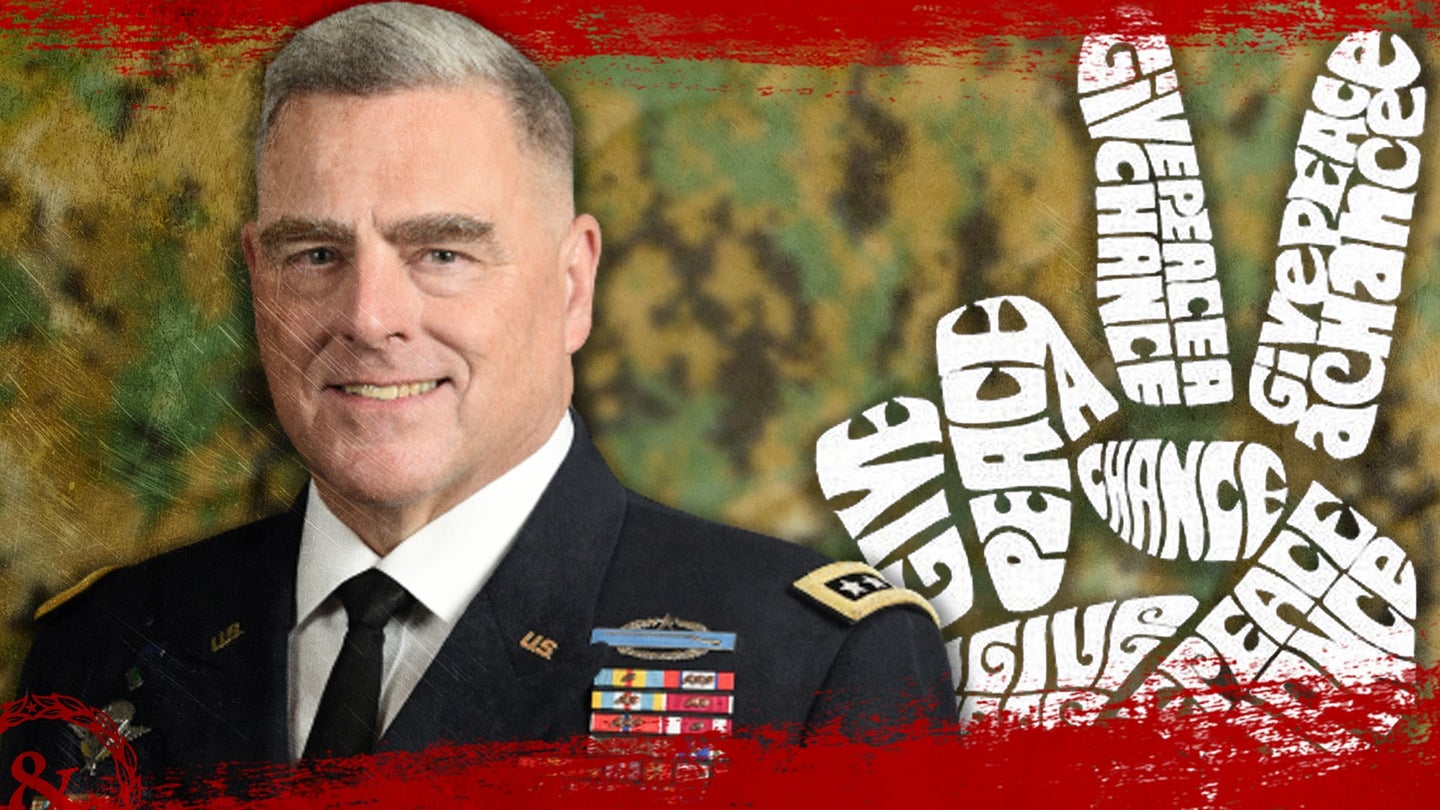 America’s top general has a message for the Taliban amid fragile negotiations over the future of Afghanistan: Give peace a chance.

On Tuesday, Chairman of the Joint Chiefs Army Gen. Mark Milley met with the Taliban in Doha, Qatar as part of the military channel that was established as part of the Feb. 29 agreement between the United States and the Taliban, defense officials said.

“The most important part of the discussions I had with both the Taliban and the government of Afghanistan was the need for a reduction in violence,” Milley told reporters traveling with him, according to Katie Bo Williams of Defense One. “Everything else hinges on that.”

That February agreement calls for all U.S. troops to leave Afghanistan by May if the Taliban meet certain conditions, such as preventing Al Qaeda, the Islamic State group, and other terrorist organizations from using the country as a base to launch attacks on the United States.

Since the agreement was struck, the Taliban have significantly increased attacks against Afghan troops and police despite their apparent promise not to do so.

After speaking with the Taliban, Milley flew to Kabul to discuss security conditions with Afghan President Ashraf Ghani, said Navy Cmdr. Sarah Flaherty, a spokeswoman for the Joint Staff.

Army Gen. Austin “Scott” Miller, who leads all U.S. troops in Afghanistan, told reporters traveling with Milley that the Taliban have launched “out of the ordinary” offensives in Helmand and Kandahar provinces, according to Defense One.

“My assessment is it puts the peace process at risk,” Defense One quoted Miller as saying. “The higher the violence, the higher the risk.”

However, the United States government appears to be set on withdrawing from Afghanistan regardless of deteriorating conditions on the ground.

Acting Defense Secretary Chris Miller has often framed the drawdown in Afghanistan as a step toward ending the long war that began on Sept. 11, 2001.

“With the blessings of Providence, in the coming year we will finish this generational war and bring our men and women home,” Miller told reporters at a Nov. 17 Pentagon news conference. “We will protect our children from the heavy burden and toll of perpetual war and we will honor the sacrifices made in service to peace and stability in Afghanistan, Iraq and around the world.”