Bergdahl And Taliban Fighters Recount His Kidnapping In Serial Episode 2

In episode two of the viral podcast Serial, Sarah Koenig explores Bowe Bergdahl’s kidnapping by the Taliban from the time... 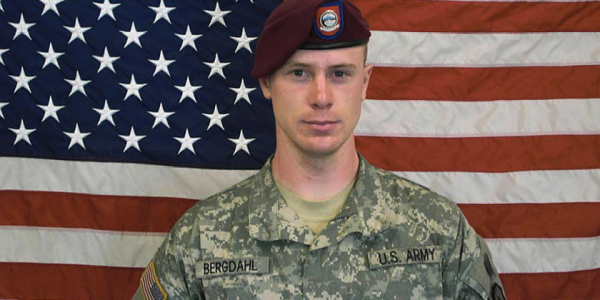 In episode two of the viral podcast Serial, Sarah Koenig explores Bowe Bergdahl’s kidnapping by the Taliban from the time he is first picked up in Paktika to his eventual arrival in Pakistan, out of the reach of the large contingent of U.S. troops tasked with recovering him.

Episode one was released Dec. 10 and includes exclusive interviews with Bergdahl conducted by screenwriter Mark Boal, who has partnered with Serial for season. Read the Task & Purpose recap of episode one here.

In the latest episode — “The Golden Chicken” — released Dec. 17, Koenig speaks with alleged Taliban fighter, Hilal, whom she is put in touch with through Sami Yousafzai, an Afghan reporter based in Islamabad. A year and a half ago, Page 1 — the company developing the movie about Bergdahl and his disappearance — contracted Yousafzai to interview people involved in the kidnapping. The accounts Yousafzai collected from the Taliban were first used in Boal’s interviews with Bergdahl, and he responds directly to the many of the plot points put forward. However, to be clear, Bergdahl has never been interviewed directly by Koenig, and all of the collected audio comes exclusively from Boal’s 25 hours worth of conversations with him.

Hilal claims to be one of the men who initially found Bergdahl. His group was running missions in Paktika and received reports about an American seen scouting the area on different occasions. According to Hilal, his men were resting at a local village mosque when they received reports of a “foreigner in a Kuchi tent” nearby. Hilal claims that they approached Bergdahl and said they were local police, so Bergdahl jumped onto one of their motorcycles. Bergdahl denies this, among other plot points, and says he did not approach a Kuchi tent; he was taken in the open when a group of armed men on bikes approached him.

Yousafzai and Koenig’s interviews reveal an enemy that knew the value of Bergdahl. One Taliban fighter interviewed says he was worth the lives of 5,000 men and couldn’t seem to get over their luck that he so freely wandered into their grasp. They call him “brainless” for having been captured so recklessly.

Koenig acknowledges that the complete truth behind the kidnapping is still unclear — there are a lot of discrepancies between the versions of the events presented, and she avoids the temptation to draw any specific conclusions. What does seem clear, however, is that the United States knew Bergdahl would be moved constantly, but that he would ultimately be delivered to Pakistan. And the Taliban knew the United States would be considering this. They expected U.S. troops to seek Bergdahl out closer to the Pakistan border, so rather than traveling east right away, they transported him west to the province of Ghazni. It was here that a Taliban commander arranged to bring Bergdahl to Pakistan and hand over to the Haqqani network. The Taliban also knew when they kidnapped Bergdahl that he was incredibly valuable — their “golden chicken,” hence the name of the episode.

Following Bergdahl’s disappearance, the Taliban used the ensuing search to their strategic advantage, distributing false information on his whereabouts in order to draw U.S. troops into ambushes.

Koenig comments that U.S. troops “can’t find him, and not only that, in some instances they’re being played by the enemy, lured into traps. What is going on? I don’t quite understand if we should be impressed by this operation or dismayed.”

The thing is, this is hardly specific to the search for Bergdahl.

At the time of his capture, Taliban and U.S. forces had been fighting for eight years, with insurgents often taking the time to monitor their tactics, techniques, and procedures. If Taliban fighters noticed that Marines or soldiers in a specific area of operations always set up cordons or responded to harassing fire the same way, or approached suspected improvised explosive devices in a certain manner, they’d alter their tactics.

Adapting to your enemy is a constant in warfare, and U.S. forces do the same. The fact that Bergdahl’s capture was used as bait isn’t unusual. It’s just that this time the Taliban had a guaranteed way to draw U.S. troops to a certain location that was more effective than rumors or intercepted radio chatter about an improvised explosive device or a weapons cache.

In addition to the physical risk, morale also began to drop.

Koenig interviews Capt. John Billings, another soldier from Bergdahl’s platoon, about the dirty details of their search. They spent 19 days outside the wire looking for Bergdahl, and a platoon from Charlie company was out for 37 days straight.

While out, Billings got diarrhea and ruined his pants. He had an extra pair, but they had a tear along the groin from some concertina wire, and because Billings would be entering homes with women during their search for Bergdahl, he couldn’t wear them, so he “wore the shit pants,” instead.

Wolfdescribes how the effect on morale wasn’t limited to just Bergdahl’s platoon, it spread across the company and the brigade and into other units.

“How does that make you feel when you’ve walked for 15 days straight, looking for a guy who walked off his post, and he’s not even in your unit?” he asks Koenig.

The increased operational tempo and the conditions they faced — weeks outside the wire with no resupply and support — created a highly tense environment. It’s the situation troops find themselves in during a major offensive, like a push to clear a city or take a key objective. But at least then there’s an end in sight. The search for Bergdahl didn’t seem to have one, and more patrols meant that soldiers were in close proximity to danger.

When asked how Wolfe tried to keep morale up, he explains that he would remind his men that “What you’re doing is good and honorable, but you’ve gotta do it,” but he admits he knew it was bullshit.

When Koenig asks why, he laughed and answered. “Because he’s in Pakistan.”

And he was right, by that point, Bergdahl was already over the border.