If you didn’t follow Walter White’s descent into the seedy meth- and murder-filled underbelly of suburbia when “Breaking Bad” was... 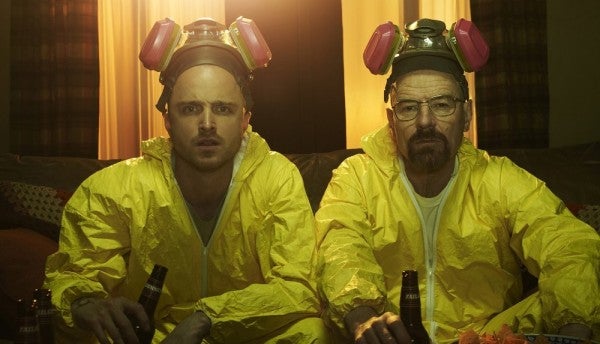 If you didn’t follow Walter White’s descent into the seedy meth- and murder-filled underbelly of suburbia when “Breaking Bad” was on TV, it’s a bit daunting to sit down and binge-watch all 62 episodes.

Fortunately, a pair of devoted fans with time on their hands have made a feature-length fan flick, aptly titled “Breaking Bad – The Movie,” according to Maxim.

“It’s not a fan-film, hitting the highlights of show in a homemade homage,” according to the film’s description, “but rather a re-imagining of the underlying concept itself, lending itself to full feature-length treatment.”

French filmmakers Lucas Stoll and Gaylor Morestin spent two years cutting and editing the movie, which is drawn from nearly 70 hours of footage. The end result is a surprisingly well-crafted standalone video, like a primer for those who never watched the series to its end. It’s also a nice refresher for diehard fans who don’t feel like starting over from episode 1.

Obviously, the movie is going to gloss over a ton of subplots covered in the series. On the upside, now you can watch actor Bryan Cranston’s transformation from Walt, the timid high school chemistry teacher, to the murderous meth kingpin Heisenberg in a few scenes, instead of several months.