“The number one priority for us, is to protect the homeland and the American people from attack,” narrates Marine Corps... 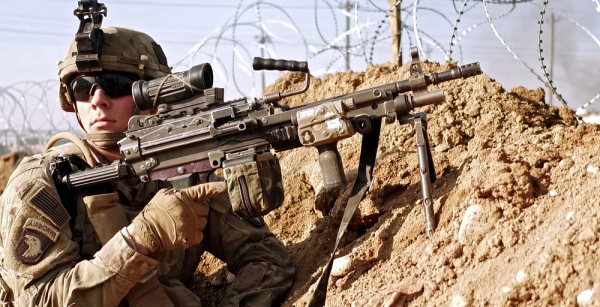 The trailer, which airs Nov. 7 during Nat Geo’s premiere of The Long Road Home, was provided exclusively to Task & Purpose and begins with the top brass — Dunford intones that “the most important thing is to surround yourself with good people and to take advantage of the talent that we have in the U.S. military” — before closing on rank-and-file Marines and soldiers training and patrolling alongside U.S.-partner forces.

“I am so inspired by the servicemen and women I have met and the places I have been while working on this project,” Scott Boggins, Chain of Command’s executive producer and showrunner, said in a statement. “I think viewers around the world are going to be just as fascinated to see the extreme pressure and sacrifice of members of the armed forces from the top down.”

Watch the exclusive trailer for Chain of Command — with a series premiere slated for 2018 —below.