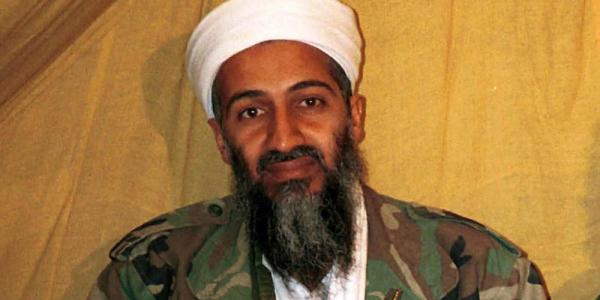 Talk Abbottabad collection of movies: The latest cache of files from Osama Bin Laden’s personal computer — recovered by SEAL Team 6 during their legendary raid on Bin Laden’s Pakistan compound in 2011, and released by the CIA on Nov. 1 — contains a library of movies, images, and GIFs that could have turned up on the hard drive of an adolescent nerd with no friends, a penchant for anime, and some serious psychological problems.

While the CIA withheld certain materials due to copyright concerns or their sensitive nature (no, fellas — if a FOIA from BroBible won’t do the trick, some CIA analyst certainly won’t), the newly released files show that Bin Laden’s personal stash of entertainment goodies contained several animated films (“Antz,” about an exiled worker ant who wages jihad against his insectoid overlords), anime (“Street Fighter IV: The Ties That Bind”), educational features (“National Geographic: Kung Fu Killers”), and biographies about himself, including “Where In The World Is Osama Bin Laden.”

Not all info is being released. @CIA says sensitive material, pornography & the following copyrighted material has been withheld: pic.twitter.com/UEQaKtMhEG

Here are a few items of interest:

5. Conspiracy theories on the existence of angels?!?

9. Sadly, the only result for “sex” was for a documentary on… the Vatican:

One thing that does stand out in the release: the entry Bin Laden penned in his personal journal the day before the raid that ended his life — a journal that revealed information to the U.S. intelligence community about ongoing Al Qaeda plots and personnel.

Honestly, it’s no wonder Bin Laden didn’t want to be taken alive: Not only would he have suffered through a terrible book and movie catalog at Gitmo, but he would have had to leave behind a dope-ass library of reaction GIFs:

He also had a mean gif game: pic.twitter.com/lSmkHilHRK

tfw you're the world's most wanted fugitive and you've got nothing to do but shitpost pic.twitter.com/7liEnRfuaf