The National Reconnaissance Office is the Department of Defense organ tasked with operating the recon satellites that relay signals intelligence... 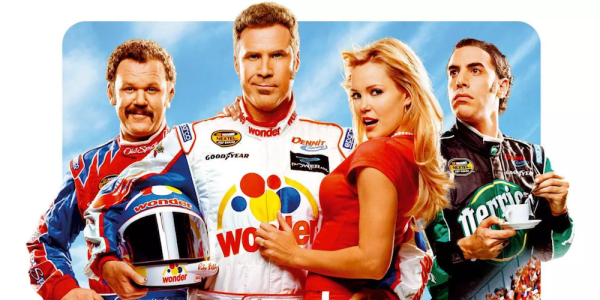 The National Reconnaissance Office is the Department of Defense organ tasked with operating the recon satellites that relay signals intelligence to various intel agencies. Talladega Nights: The Ballad of Ricky Bobby is a 2006 sports comedy that follows a NASCAR-racing Will Ferrell through a classic hero’s journey. In the decade after the latter’s theatrical release, the two had virtually nothing in common.

A series of internal emails from that time period reveals that NRO personnel attempted to sneak a reference to the bawdy comedy into the organization’s official spy-satellite logo.

The emails, obtained and published by Freedom of Information Act request clearinghouse MuckRock on Jan. 16, reveal that the NRO had tightened restrictions on designs for its mission patch after a December 2013 mission patch featured an octopus eating the Planet Earth. That patch had originally been intended as an engineering in-joke about a faulty piece of equipment and not a reference to global domination, but it provoked fierce mockery from everyone and their mother, including the Daily Show. Years after the incident, the August 2016 emails reveal the design for a Lewis & Clark-themed patch with a strikingly familiar motto:

Why yes, that is the catchphrase of Ferrell’s titular Ricky Bobby from Talladega Nights, and the NRO design team that slapped it together was damned pleased with itself: Another email reveals that the team explicitly suggested the slogan, in tribute to Ricky Bobby’s frequent refrain that he “wanted to go fast.”

In response, another NRO employee wrote that the slogan wouldn’t necessarily fly with higher-ups, especially in the wake of the whole world-eating-octopus debacle, noting that the quote “is not exactly an academy award winning moment.”

Eventually, the Talladega Nights slogan was totally killed due to copyright concerns (which, well, lol), and the NRO staffer in charge of the process sent out a bunch of bland substitutes from nerds like William Clark and Sacagawea.

Luckily, DoD personnel are a crafty bunch: An NRO employee suggested simply translating Bobby’s declaration of victory into Latin through Google Translate. “The Latin approach has worked before,” the employee wrote, “and allowed one of my previous organizations to have the slogan ‘Doing God’s work with other people’s money’ fly right through the approval process.” (Some light Google searching did not turn up the “other people’s money” slogan, but if you know what he’s talking about, my email’s at the end of the article.)

Sadly, the Ricky Bobby homage never made it onto an NRO patch; the supervisor took a pass on all Latin phrases, deeming them “hard to understand and remember,” before settling on the epically bland “Explore — Discover — Know.”

There is no greater joy in the world than the email threads of bored government employees.