The same office in the Navy that tried to ban service members from participating in March Madness gambling just released... 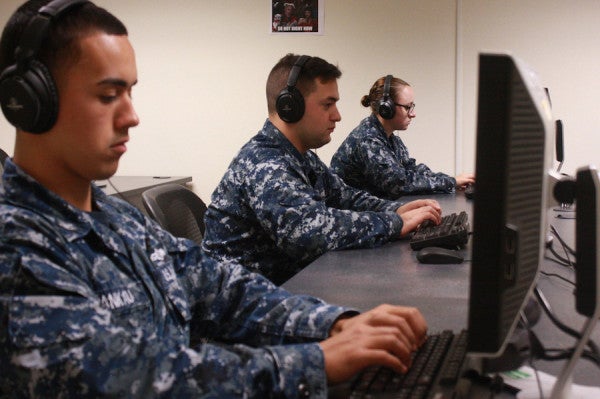 The same office in the Navy that tried to ban service members from participating in March Madness gambling just released a list of “Dos and Don’ts for Voicing Your Political Opinion on Social Media” for anyone who might get the wrong idea about how to exercise their right to free speech during the upcoming election season.

The memo suggests that while “active-duty Sailors may generally express their personal views about public issues or political candidates using social media,” they must make it very clear that these are individual stances, and not those of the Defense Department.

However, it also goes on to gently remind all active duty service members that partisan politics are strictly prohibited under DoD directive 1344.10.

Unfortunately, according to the memo, “active-duty service members may not engage in any partisan political activity such as posting or making direct links to a political party, partisan political candidate, campaign, group or cause. That’s the equivalent of distributing literature on behalf of those entities or individuals, which is prohibited.”

And furthermore, no active-duty service members are allowed to suggest that anyone “like” or “follow” political party, candidate, or movement pages on social media sites. Though they themselves are permitted to like or follow political entities on their own.

So if you were thinking about inviting everyone on your friend list to like “Bernie Sanders’ Dank Meme Stash” or “God Emperor Trump” pages on Facebook, just don’t.

In addition, DoD employees, though still restricted, are not held to the same standard as active-duty service members. And veterans who have separated are entitled to all the rights enumerated under the first amendment with regard to social media.

However, it is very important to the Navy that you know that while you can’t solicit on behalf on any political party, candidate, or movement, on social media, you should still go vote on November 8.