I’m A Veteran. Here’s Why I Refuse To Vote In This Election

This presidential election is one for the books. And although veterans have historically been strong advocates of voting as a... 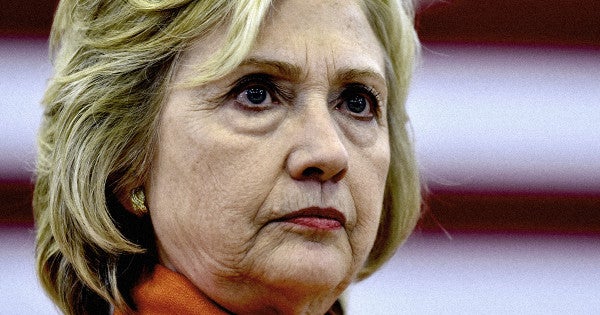 This presidential election is one for the books. And although veterans have historically been strong advocates of voting as a civic duty, contentious nature of the 2016 election may change that. According to census data from the 2012 election, 71.2% of veterans are registered to vote. But this election, between Democratic candidate Hillary Clinton, Republican candidate Donald Trump, has left many Americans questioning whether the electoral system is broken. Some veterans are voting for third-party candidates like Gary Johnson and Jill Stein, but others are choosing a different path: Abstention.

That’s why Task & Purpose decided to reach out to you, to find out why some of you will avoid casting any ballots come November. This is what you said.

Editor’s note: To respect the process, the identities of those who responded to our prompt are being kept anonymous.

“Not the best, but certainly not the worst. Considering it a protest vote against the two-party system.”

“I'm not voting for either of these clowns.”

“As sad as it is, I believe this proves our system is to blame. I'm ashamed this is the best we have to offer up. As commander-in-chief, I expect that individual to be smarter, better under pressure, quick thinking, presidential. I see none of those qualities in either candidate. Stop endorsing either one, it's further proof we are only trying to choose the lesser of two evils. The system is corrupt and broken.”

“I'm not voting for either of these assholes.”

“Lick my taint if you think either of those f*cking idiots deserve to be president, and if you want my address to challenge me, I'll gladly give it ‘cause you are the reason why Americans are dead last in their perception of international affairs.”

“One is a criminal, the other a moron.”

“Everyone in this election is voting for someone because they are not the other candidate. That's insane.”

But for those of you that still plan to vote, check out why other veterans will be voting blue, red, or yellow come November.

I’m A Veteran. Here’s Why I’m Voting For Hillary Clinton »

I’m A Veteran. Here’s Why I’m Voting For Donald Trump »

I’m A Veteran. Here’s Why I’m Voting For Gary Johnson »