A 45-year-old Florida man was arrested on Feb. 28 for impersonating Nickelback drummer Daniel Adair in what some would consider... 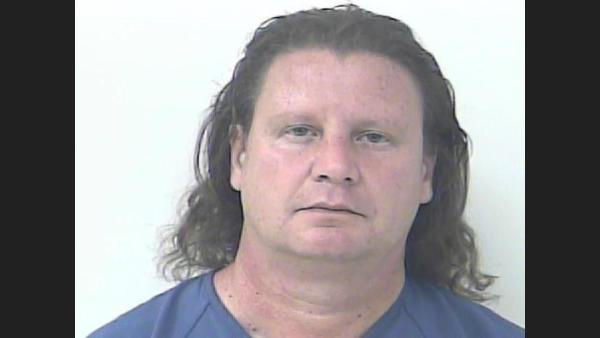 A 45-year-old Florida man was arrested on Feb. 28 for impersonating Nickelback drummer Daniel Adair in what some would consider to be the world's most embarrassing act of fraud.

Lee Koenig was discovered attempting to steal $25,000 worth of high-end microphones from Lewitt Audio, a company in Vienna, Austria, while posing as Adair via e-mail, according to The Smoking Gun.

When billed, a business representative from Nickelback found it strange and contacted Adair, who said he had not purchased the microphones.

According to the police report, “The first thing noted was that the email address used to place the order, danieladair1975@gmail.com, was not his email address. It was also noted that Daniel Adair does not live in Florida … does not have a publicist named Kimberly Hoopie.”

The drummer then took it upon himself to investigate, and he found Koenig’s Facebook.

A “drummer for hire” and member of several big rock tribute bands, Koenig utilizes the same drum configuration as the famed Nickelback drummer. And Hoopie, it turns out, is Koenig’s girlfriend.

Port St. Lucie police got a search warrant, and visited Koenig’s home, where they arrested him for two counts of felony fraud: fraud to impersonate, and fraud to swindle or obtain property, more than $20,000 but less than $50,000.

He was released from the county jail after posting $18,750 bond.

This is not his first arrest. Koenig also did time after illegally pocketing nearly $100,000 from charity concerts in 2009.

So not only does he steal from charities, he also has terrible taste in fake identities. Nickelback, seriously?