Bill Paxton, who passed away Saturday due to complications during surgery, is remembered for many different roles from “Weird Science”... 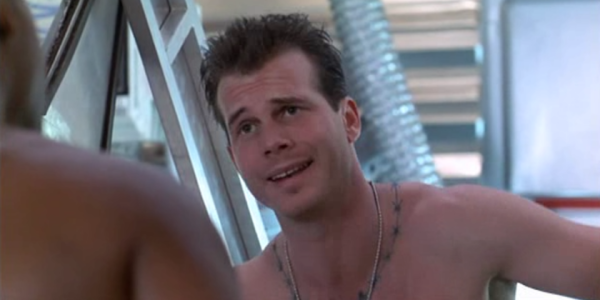 Bill Paxton, who passed away Saturday due to complications during surgery, is remembered for many different roles from “Weird Science” to “Titanic.” He’s probably most well-known to action aficionados and military experts such as myself for his role of Pfc. William Hudson in “Aliens.”

Aliens, if for some reason you haven’t gotten around to watching one of the quintessential action movies of the 80s, is set 57 years after the original “Alien” movie. Ripley (Sigourney Weaver) is sent to aid a group of roughneck Colonial Space Marines on a rescue mission to search for survivors after a moon colony was wiped out by some unknown force. Hudson is worth following throughout the film, because from the moment we meet him to the moment of his death, he runs the gauntlet of emotions that most troops put into a precarious situation of life and death. He is not a one-dimensional space jockey with no feeling or emotion.

We first meet Hudson waking up from deep sleep with the rest of his squad. The very first thing he does is complain about the floors being cold. It is ingrained in every combat trooper to complain about the immediate environment because nine times out of 10 the situations they find themselves in suck. The very first thing a troop will do is bitch and moan about any new, uncomfortable situation they encounter. Troops will complain about free beer and prostitutes for not being cold or blonde enough.

All this swagger goes right out the window after the first attack by the Xenomorph though, and we see the side of the combat troop that isn’t just a dick measuring contest. We see see Hudson’s and the others’ raw emotional response. We see the fear that can strike us all. The headstrong, cocky archetype is thrown out the window. We see Pfc. Hudson, Colonial Space Marine, disappear — to be replaced with William Hudson, a man a month away from retirement who just saw his friends and comrades dragged of by some Lovecraftian horror.

I’m not going to call Hudson a coward, though the argument can be made. His friends are dragged off into some unknown, possibly still alive (He hasn’t been introduced to the pop-up chest bursters yet) and he wants to abandon the mission and run. Worse yet, he is prepared to abandon his fellow Space Marines, alive or dead, to save his own skin. It’s horrible and it goes against everything we believe a combat soldier or Marine should embody. No one leaves a fallen comrade, alive or dead. You bring everyone home.

But… he did just see a mind bending horror drag off parts of an elite fighting force in front of him to do god knows what with, so maybe an hour or two of freaking right the hell out is understandable. It’s not like they had the option to call in an A-10 strafing run.

Hudson eventually gets his shit together though, enough to set up some automatic machine guns on the perimeter to gun down dozens of the Xenomorphs. Bravery is going forward into the fire despite your fear, and Hudson (eventually) does just that. He doesn’t go down like a bitch, he dies with his weapon in hand, spraying death and protecting the girl Newt from the mother Xenomorph. He is laid low by the Alien, but finds his redemption in keeping the others alive. We should all be so lucky to find something to die for.

Rest in peace Bill Paxton — the only man to play an 80s Space Marine with depth of character, and the only man to hold the distinction of being killed by a Terminator, Predator and Alien on film. You will be missed.