Look, everybody screws up, but usually it's minor like farting in a crowded elevator, or accidentally microwaving leftovers along with... 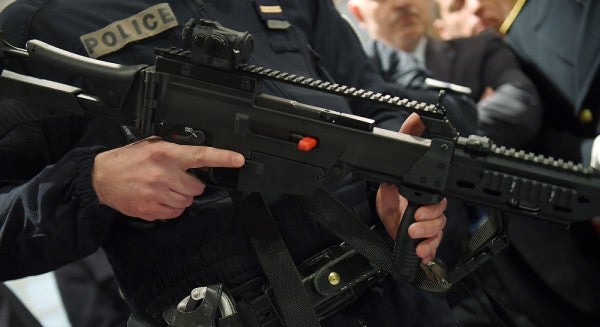 Look, everybody screws up, but usually it's minor like farting in a crowded elevator, or accidentally microwaving leftovers along with a metal spoon or fork.

Occasionally it’s a bit more serious, like when you negligently discharge your weapon into a tent 100 meters away, where the president of France is giving a speech, and shoot two people with one bullet.

At least, that’s what one French police sniper did.

The accident occurred in the town of Villognon in western France when the sniper changed positions and accidentally fired his weapon into a tent where President Francois Hollande was giving a speech on Feb. 28, according to BBC. The sniper belonged to the PSPG, an elite police protection platoon.

The bullet ripped through the canvas of the tent where drinks were being prepared and hit one waiter in the thigh, before passing through and hitting another person in the calf.

Fortunately, the injuries were not life-threatening, and a judicial investigation has been launched.

Before you go knocking the French, though, just check out the president’s reaction when the shot went off.

“I hope it’s nothing serious,” Hollande said, as he turned toward the direction of the gunshot. After assessing the situation, he said, “I don’t think so,” and dove back into his speech.