A 53-year-old German man was detained late Friday after attempting to drive a bus onto Kleber Kaserne while drunk and... 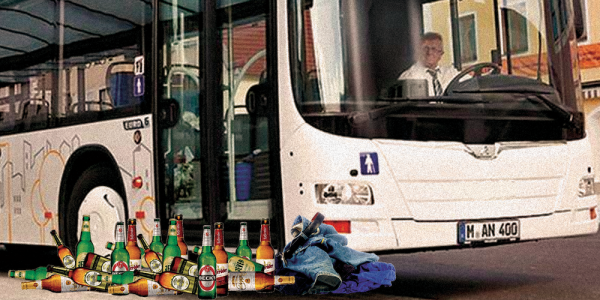 A 53-year-old German man was detained late Friday after attempting to drive a bus onto Kleber Kaserne while drunk and half naked.

The man was stopped at one of the base entry gates at 9:20 p.m., when a guard checked his identification and noticed he smelled of alcohol, Kaiserslautern police spokesman Wolfgang Denzer said.

Upon further inspection, it was discovered the man wasn’t wearing pants or shoes, Denzer said.

German police detained the man, who was later found to have a blood alcohol content of 0.20 percent, Denzer said. The legal limit in Germany is 0.05 percent; it is 0.03 percent if a driver is involved in an accident.

Denzer could not say why the man was trying to drive onto Kleber. He was not an assigned bus driver for the U.S. military. The seats in the commercial bus he was driving were empty.

The man’s missing articles of clothing were found on the bus.