After shortening permanent change of station notice for sailors and their families to just eight weeks, the Navy has requested... 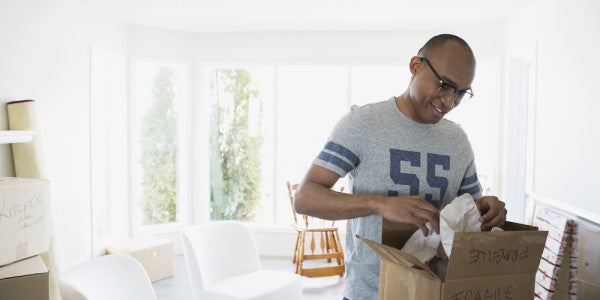 After shortening permanent change of station notice for sailors and their families to just eight weeks, the Navy has requested additional funding to lengthen that time to up to six months.

Navy Times reported on Aug. 9 that branch officials had received approval from Congress for an additional $257 million in funding to increase the lead time ahead of moves for sailors and their families.

“Sailors can expect to start seeing large batches of orders being released over the next several weeks,” Lt. Cmdr. Nathan Christensen, spokesman for the chief of naval personnel, told Navy Times. “Our focus remains on manning the fleet, and taking care of sailors and their families.”

In June, Task & Purpose reported that the Navy appeared to shorten PCS lead times after the May passage of the 2017 Consolidated Appropriations Act spending bill that will fund the federal government through September. The service branch was originally allocated $741 million to the Navy for PCSing, which prompted officials to truncate the amount of time allotted to families to uproot their lives.

Though Christensen told Task & Purpose at the time that lead times have never been much longer than two months, Navy spouses like Kelly Hruska, legislative director for the National Association of Military Families, suggested that six months used to be the norm.

“It was not unusual to get orders six months out,” Hruska said. “You had a little bit of time to plan.”

“The Navy requested $741,307,000 for Permanent Change of Station, and the Congress approved that request,” he said.

In contrast, the Army requested and received $1.81 billion for its base PCS budget — over than a billion dollars more than the Navy.

Lt. Jessica Anderson, another spokeswoman for the chief of naval personnel, had previously confirmed for Task & Purpose that Navy personnel officials requested less funding, mainly in response to the budget restraints on government agencies imposed by Congress under the 2011 Budget Control Act, commonly referred to as the “sequester” bill.

“That PCS budget request was adjusted in the review process to meet topline bipartisan Budget Control Act limitations, without regard for the number of moves Navy needs to execute,” Anderson told Task & Purpose in late May.

But now, the Navy has “been able to issue approximately 9,000 orders using the reprogrammed funds,” Christensen said. “Before the fiscal year ends, we are aiming to have issued PCS orders with as much lead times as possible — our goal is six months.”

It’s unclear where, exactly, the new cash came from. Christensen told Task & Purpose that he was not made aware of the source of the additional funding, suggesting that the Navy was able to pull the excess funds from elsewhere in its budget. But Christensen also told Navy Times that reallocating money from a different portion of the Navy’s budget would have been signed off on by the Navy secretary, Department of Defense, and Congress, leaving the change in policy somewhat opaque.

Despite this, advocates like Hruska are calling the sudden reversal over PCS time a victory. “NMFA is pleased that the Navy is getting back to business as usual,” she told Task & Purpose. “We understand budget constraints, but the compressed timeline left families with little time to research schools, housing and employment at the new duty station.”