2 US Troops Killed During Combat Operations In Iraq

Two U.S. service members were killed during combat operations in northern Iraq on the morning of Aug. 13, a spokesman... 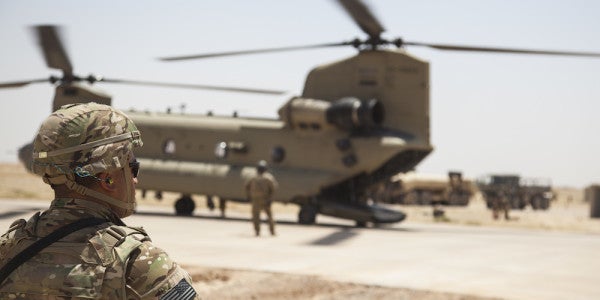 Two U.S. service members were killed during combat operations in northern Iraq on the morning of Aug. 13, a spokesman for Operation Inherent Resolve announced in a statement.

Another five U.S. military personnel were injured in the incident, OIR said; according to initial reports, the incident “was not due to enemy contact.”

“The entire counter-ISIS Coalition sends our deepest condolences to these heroes' families, friends, and teammates,” OIR commander Lt. Gen. Stephen J. Townsend said in a statement. “There are no words to describe the respect I have for you and the sorry I have for your loss.”

The incident came almost one month after the Iraqi government declared victory over ISIS in the terror network's stronghold of Mosul.

As of June, there were currently around 6,100 U.S. military personnel on the ground in Iraq as part of the multinational campaign to eliminate ISIS, according to the Department of Defense. An additional 1,100 were on the ground in Syria.

The fatalities bring the number of U.S. service members killed in 2017 while taking part of OIR up to nine, according to Stars and Stripes.