The timeless struggle of old versus new and nature versus technology is coming to a head in the form of... 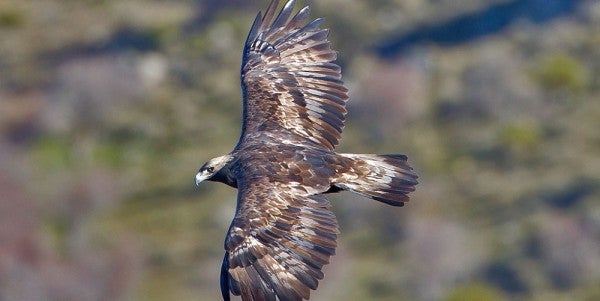 The timeless struggle of old versus new and nature versus technology is coming to a head in the form of the millennium-old art of falconry, which is being used to stop drones.

With the proliferation of commercially available drones crowding up the sky, the true masters of the great blue yonder want it back. I’m talking about birds, specifically the majestic and ferocious golden eagle.

At Mont-de-Marsan in southwestern France, golden eagles are being trained by the French military to take out drones, according to Agence France-Presse. The airbase in Mont-de-Marsan is just one of five in France that has its own falconry.

Due to concerns over terror attacks involving drones, or incidents involving the flying robots and low-flying aircraft, the French air force began training the birds for this role in mid 2016, and they’re not alone in this effort. Police in The Netherlands were the first to use raptors when they trained bald eagles to knock drones from the sky in 2015, according to CNN. Like all birds of prey, golden eagles have superb eyesight and are capable of spotting their quarry up to a mile away. Plus those talons aren’t to be trifled with.

Unlike firearms or net-launching bazookas, the birds can be used in crowded areas with little concern over the safety of innocent bystanders.

The eagles can grab, or at the very least, halt and slow down a drone, and are trained to bring their robotic quarry to the ground, where their handlers are waiting. This makes them an ideal anti-drone defense during public events, festivals, and parades, where you can’t go discharging a firearm into the sky whilly nilly.

Aside from the fact that there are some real advantages to using eagles to take out drones, the idea of a giant bird swooping in on some hobbyist’s — or terrorist’s — drone and ripping it from the sky is awesome. Just think of how great that go-pro footage would be? Drone’s just buzzing along and then it gets dive bombed by a big ass bird. Caw caw, motherfucker!

Really what could possibly go wrong with having a flock of golden eagles patrolling the skies over France’s military bases and national monuments? Unless of course one takes a shit on the Louvre, or a mime. Small price to pay though.