The survivor of a close-range assassination attempt in 2011, former Arizona Rep. Gabrielle Giffords is as tough as they come,... 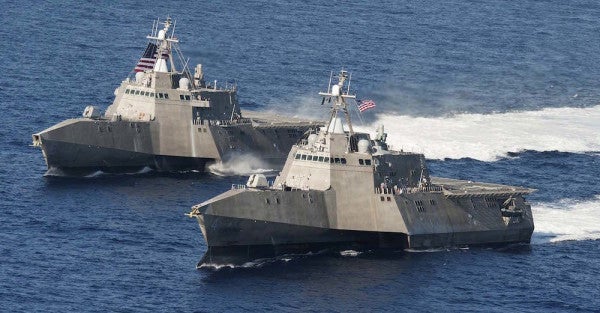 The survivor of a close-range assassination attempt in 2011, former Arizona Rep. Gabrielle Giffords is as tough as they come, so it only makes sense that the U.S. Navy’s newly minted Littoral Combat Ship is getting one hell of a badass name — hers.

On June 10, the 418-foot-long ship, designed to handle mines and submarine threats, will be commissioned the USS Gabrielle Giffords at Galveston, Texas’ Pier 21, the Houston Chroniclereports.

Giffords was beginning her third term on Congress when gunman Jared Lee Loughner opened fire on a constituent meeting in a grocery store parking lot on January 8, 2011. He killed six, injured 12, and then shot Giffords in the head.

She miraculously survived, but was left disabled and needing intensive rehabilitation. To this day, she suffers from aphasia, a speaking issue, and the right side of her body is still largely paralyzed. In the wake of the attack, she gave up her seat in Congress to manage her health.

“That our Navy chose to give my name to this ship is an incredibly humbling honor — one I would never have imagined, one I will never forget, and one for which I always remain grateful,” Giffords told the New York Times.

When the name was selected, former Navy Secretary Ray Mabus told the New York Times it was appropriate that a vessel “be named for someone who has become synonymous with courage, who has inspired the nation with remarkable resiliency and shown the possibilities of the human spirit.”