Behold the power of THOR! 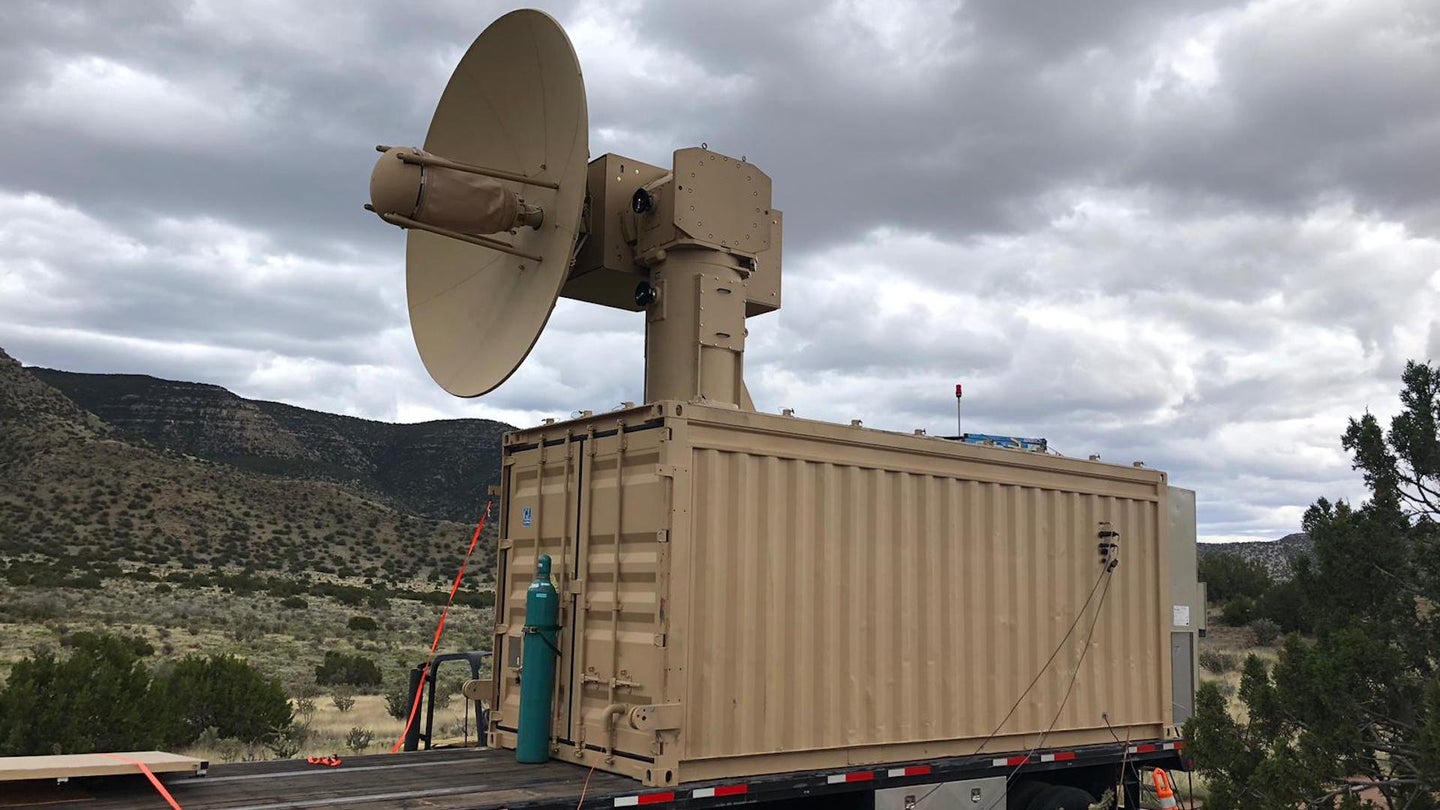 The Air Force is currently testing a prototype of its new drone-killing microwave weapon “in a real-world setting” in Africa, Breaking Defense report. The move is a major step forward for the service’s directed energy efforts.

First unveiled by the Air Force Research Laboratory in June 2019 as a specialized new base defense system, the Tactical High Power Microwave Operational Responder (THOR) is designed to “disrupt and destroy the performance of drones or swarms of drones” using high-powered microwaves, according to Air Force chief scientist Richard Joseph.

“We have recently deployed a test system to Africa for base defense … based on a microwave system,” Joseph said during an event at the Mitchell Institute on Thursday, per Breaking Defense. “It’s been tested extensively, works remarkably well. … I’ve watched it in action and it’s really quite impressive.”

The Air Force first announced plans to evaluate THOR overseas as part of a 12-month field assessment back in April of this year.

“Drones are becoming more and more pervasive and can be used as weapons intended to cause harm to our military bases at long standoff ranges,” AFRL directer energy chief Dr. Kelly Hammett said at the time. “We built the THOR weapon system as a deterrent against these type threats.”

THOR was designed not just to handle single drones that could potentially face destruction at the end of small arms or a refined directed energy weapon like a laser, but to disable entire swarms of drones in a single shot.

“If anti-drone lasers are like sniper rifles, microwave weapons are like shotguns full of birdshot,” as Breaking Defense aptly put it.

While terrorist unmanned aerial vehicles have posed a major threat to U.S. forces operating in the Middle East in recent years, the spread of commercially-made and militant-operated drones in Africa has been a source of growing concern among both U.S. and African leaders.

In November 2018, Nigerian President Muhammadu Buhari warned that Islamic extremists tied to both Boko Haram and ISIS had begun using drones as part of attacks on local security forces, the Associated Press reports, the first known use of armed drones by extremist groups in Africa.

As recently as this past May, militants in Mozambique were using drones to identify potential targets and avoid detection by local security forces, according to Interior Minister Amade Miquidade.

As Breaking Defense notes, the Air Force is doubling down on all forms of fresh base defenses: In his confirmation hearing, Chief of Staff Gen. Charles Brown told the Senate Armed Service Committee that it’s time to refresh the service’s approach to protecting installations abroad.

“With the growing threat and joint operations from more distributed locations, the roles and missions for base defense—from the fence line to all the way up to hypersonics—is worthy of discussion and review,” Brown said.