Leaders for the U.S. Special Operations Command gave a bleak outlook for the special operations community — one that has taken on a... 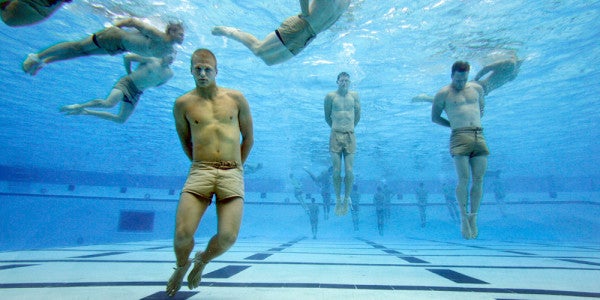 Leaders for the U.S. Special Operations Command gave a bleak outlook for the special operations community — one that has taken on a more robust role across the globe.

“I think the concerns that we have mostly are in readiness across the force,” said Theresa Whelan, Principal Deputy Assistant Secretary of Defense for Special Operations, in an open House Armed Services Committee session. “We've been operating at such a high tempo for the last decade plus, and with budgets going down, what we've had to do is essentially … eat our young, so to speak.

Over the last several years, special operations forces have seen deployment rotations with an increased sharing of responsibility with not only conventional forces, but intelligence agencies as well. With around 8,000 SOCOM troops stationed in over 80 countries on any given day, these service members have occupied new roles on the ever-changing battlefield.

“[Special Operations Command] has evolved enormously since its inception,” wrote General Raymond Thomas, commander of Special Operations Command, in a statement for the committee session. “Rather than a mere 'break-glass-in-case-of-war' force, we are now proactively engaged across the 'battle space' … providing key integrating and enabling capabilities to support their campaigns and operations.

“We operate and fight in every corner of the world as an integrated joint, combined and interagency force,” continued Thomas.

The increased range of scope in their mission has reportedly caused strain for the upcoming fiscal year. “We've mortgaged the future in order to facilitate current operations that has impacted readiness and it's also impacted development of force for the future,” said Whelan. “And as the threats grow, this is only going to get worse.”

The officials specifically attributed their command's issues to the tempo of “un-forecasted” deployments and their ability to evolve in order to keep up with the transformations in the defense industry.

“For instance, Afghanistan, the expectation was that we were going to be finished in 2014,” said Thomas. “We're now throttling into 2017 and beyond. So that unexpected aspect of continued deployment where we would otherwise recapitalize people and capabilities elsewhere … is something.”

“The other part is the transformation piece … based on some assumptions on when we might be able to afford the opportunity to transform some of our platforms, specifically our C-130s and others,” continued Thomas.

During the hearing, one key component SOCOM officials did not focus on was their rules of engagement.

“I ask that question everywhere I go: 'Do you have the you need to do your job,” Thomas said. “And I am very satisfied that we have affected the authorities under the current leadership … to enable our force.”

“That is the consistent question our leadership is asking our folks everyday.”

Marines and sailors in the Basic Reconnaissance Course practice their helocasting skills at Naval Amphibious Base Coronado and in San Diego Bay on Nov. 6, 2013.Photo via DoD

This additional slack in the military's rules of engagement may be partly due to President Donald Trump's administration, which recently passed the 100-day mark. Trump's transition team was reported to have begun reviewing the rules as early as December, in light of the military campaigns to reclaim major cities in Syria and Iraq from Islamic State forces.

In March, Trump had also altered the rules for preventing civilian casualties from airstrikes and ground raids in the Horn of Africa, which has seen continued activity from al-Shabab, an al-Qaeda-linked Islamist group.

“It’s very important and very helpful for us to have little more flexibility, a little bit more timeliness, in terms of the decision-making process,” said Gen. Thomas Waldhauser, commander of U.S. Africa Command, in a New York Times report. “It allows us to prosecute targets in a more rapid fashion.”Still, SOCOM maintains that their forces are capable handling a wide array of emerging threats across the globe. “I don't fear the future conflicts as much I'm concerned

Still, SOCOM maintains that their forces are capable handling a wide array of emerging threats across the globe. “I don't fear the future conflicts as much I'm concerned about our ability to get it right,” said Thomas. “I think anyone who's paying attention to news these days knows that the number and type of threats would challenge to the greatest extent possible.”