4 Retired Military Leaders Who Could Serve In The Trump Administration

As Donald Trump prepares to take the nation’s highest office and become our next commander-in-chief, he will face a host... 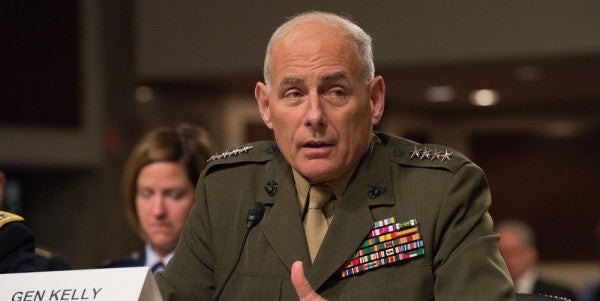 As Donald Trump prepares to take the nation’s highest office and become our next commander-in-chief, he will face a host of challenges both at home and abroad. As president, Trump will right away have to decide how to handle the ongoing battle against the Islamic State in Iraq and Syria and the U.S. military mission in Afghanistan. He’ll also need to manage an increasingly tenuous relationship between the United States and Iran, Russia, and China; and decide whether or not he’ll make good on threats to make U.S. military support for NATO member states conditional on whether they’ve met their financial obligations to the alliance, as he’s suggested in the past, among other national security issues.

The next coming weeks will be a critical time as Trump and his transition team select the individuals who will be advising the president-elect on defense and security. Here are four retired military leaders who we think could be tapped to serve in the Trump administration.

Army Lt. Gen. Michael T. Flynn speaks during the change of directorship for the Defense Intelligence Agency on Joint Base Anacostia-Bolling in Washington, D.C., July 24, 2012.U.S. Army photo by Erin A. Kirk-Cuomo

A career intelligence officer and retired lieutenant general in the U.S. Army, Flynn served as the director of the Defense Intelligence Agency from July 2012 to August 2014, before retiring that year. He also served in Iraq and Afghanistan and as the director of intelligence for Joint Special Operations command from July 2004 until June 2007. A longtime advisor to the Trump campaign, Flynn was considered as possible vice-presidential running mate. After Mike Pence was nominated instead, he became a vocal supporter and advisor for the Republican candidate. Flynn has openly voiced frustration with the Obama administration’s handling of the fight against ISIS and has come out in support of Trump's proposal for the “extreme vettering” of Muslim immigrants.

A Marine general with 46 years of service under his belt from Vietnam to Iraq, Kelly served as the commander of U.S. Southern Command from November 2012 until he retired in January 2016. A former infantry Marine, he is the highest-ranking U.S. military officer to have lost a child in combat operations in Southwest Asia, when his youngest son, 1st Lt. Robert Kelly, was killed in action in Sangin, Afghanistan on Nov. 9, 2010. Kelly opposed retired military leaders voicing their support of candidates in the presidential race, arguing that the military should be above political partisanship. However, he did note that he would consider serving under either Clinton or Trump, but did not openly support either candidate during the election.

A veteran of Desert Storm, Operation Iraqi Freedom, and Operation Enduring Freedom, the retired Army lieutenant colonel spent 22 years in the military before retiring in 2004. In 2010, West was elected to Congress, representing Florida’s 22nd congressional district, and sat on the Small Business and Armed Services committees.

“The victory is not for Donald Trump; this was all about the restoration of a Constitutional Republic,” wrote West after Trump won the presidential election. “We just watched what could be considered a second American revolution — conducted peacefully and within our electoral process.”

West is a political commentator and frequent contributor on Fox News, serves on the National Rifle Associations board of directors, and is a senior fellow at the London Center for Policy Research.

A retired Air Force lieutenant general, McInerney served retired from his position of assistant vice chief of staff at Headquarters U.S. Air Force, in Washington, D.C in 1994 after 35 years of service.

A pilot with more than 4,100 flying hours, including over 400 combat missions, he served during the Vietnam War and overseas with NATO. Currently, McInerney works as a Fox News analyst and has publicly voiced his support of Trump and criticized the Obama administration due to concerns over Russia and China’s military intervention in areas where U.S. forces are operating.