There’s A New Male Birth Control In The Works

Brace yourselves, gents, a new male birth control is coming and all it requires is a shot to your scrotum.... 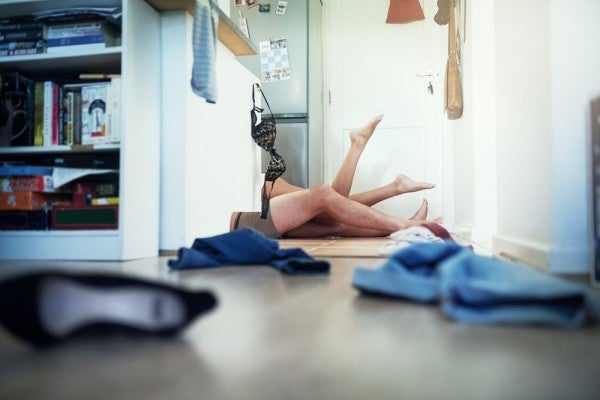 Brace yourselves, gents, a new male birth control is coming and all it requires is a shot to your scrotum. Okay, I’m not volunteering to be first up, but it’s got to be better than a vasectomy, right?

According to Bloomberg, the new birth control is called reversible inhibition of sperm under guidance, or RISUG, and was pioneered by Sujoy Guha, a 76-year-old biomedical engineer who invented the product at a rural university startup in India.

The procedure is reversible, unlike a vasectomy, so it doesn’t require any snipping of your junk, phew.

Here’s how it works, according to Bloomberg:

Guha’s technique for impairing male fertility relies on a polymer gel that’s injected into the sperm-carrying tubes in the scrotum. The gel, which has the consistency of melted chocolate, carries a positive charge that acts as a buffer on negatively charged sperm, damaging their heads and tails, and rendering them infertile.

After the treatment everything else functions normally, it just means that as the sperm swims through the vas deferens — the tube that brings your sperm from point A, your balls, through point B, your penis, and finally to point C, a vagina, during heterosexual intercourse — they pass the gel, which works like a mesh layer to zap and neutralize the little guys, leaving them left to swim along listlessly, like tiny sailors lost at sea.

Related: Finally, The Futuristic Condom You Never Knew You Needed »

The procedure is 98% effective at preventing a pregnancy, which is on par with condoms, without the reduced sensitivity and the awkward feeling of wearing a plastic bag on your dick. Roughly 540 men have undergone the procedure in India, and it continues to prevent pregnancies in their partners 13 years after they’ve received the treatment, according to Bloomberg.

For those who get tired of the thought of their little sailors being zapped and rendered inert, the process is reversible. This requires another shot, which breaks down the polymer gel and flushes it out. But hey, it beats a condom, or the more permanent alternative — a 100 year-old surgery that literally cuts into your genitals.

However, unlike a prophylactic, this won’t keep you safe from any STDs, so when in doubt, don’t be a fool, wrap your tool.