We Need To Adjust To A New, Skinnier Military

As sequestration cuts deeper into the military, everyone in the service is feeling the pain. Some feel it in small... 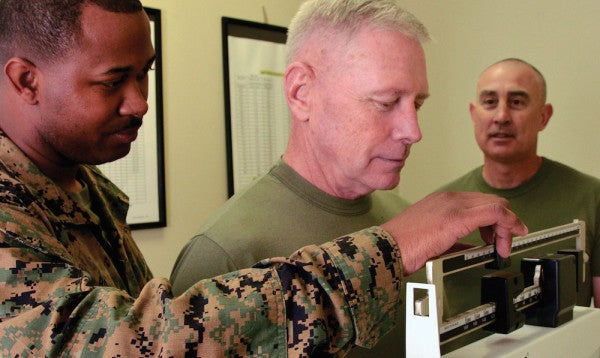 As sequestration cuts deeper into the military, everyone in the service is feeling the pain. Some feel it in small ways, like having to print on both sides of the paper, while others feel it in much more consequential ways, like less training and fewer spare parts.

Unfortunately, instead of using this change as an opportunity to restructure and reorient itself, the military is just becoming smaller. After a decade of contingency funding, the military became fat, but now it’s being forced to go on a serious diet. Just like a formerly fat person can’t wear his old clothes, the military can’t continue to maintain the same missions, force structure, and equipment that it did when the good times rolled. However, instead of adapting to this new reality and buying new clothes, military leadership is just tightening the belt, trying to make the old clothes fit. Decision makers can’t seem to bring themselves to admit that there are missions the military won’t be able to do and risks that it will have to accept as we transition away from Afghanistan and toward other, still-emerging threats.

Currently, the troops on the line are the ones left paying for this refusal to accept reality. They feel the effects in the form of reduced benefits, involuntary separations, and increased workload. The military needs to look at its assets and limitations as they are, not as it would like them to be. It should embrace emerging technologies to accomplish more with less and play to its strengths, not to just do the same things, only with more flat screen TVs in command posts.

Of no surprise to anyone in uniform, senior military leaders are risk averse to the point of pathology. By trying to make the military look ready for anything, they’re making it ready for nothing.

Most of our military crisis response involves one of two things. We put “warheads on foreheads,” blowing someone or something up. The other scenario is deploying a limited number of troops to perform actions on an objective — be that rescuing hostages, reinforcing an embassy, evacuating civilians, or conducting humanitarian relief.

To use the aforementioned warheads as an example, the primary means of delivering them has lately been either unmanned drones or naval aircraft. While the first is indeed only a small taste of what’s to come, the second is a throwback to days of old.

Carriers today occupy a place similar to that of the battleship prior to World War II. The end of the carrier age is rapidly approaching, just as it was for the battleship. Anyone can see that the vulnerability of the carrier is increasing by the day. Yet the Navy sacrifices the health of the rest of its fleet to maintain those symbols of a passing age.

In a resource-limited military, unmanned aircraft, from both land and sea, can supplant a large part of the requirement for carriers. To expand on this, ships with cruise missiles — cruisers, destroyers, and most importantly, submarines — can provide striking power for a fraction of a carrier’s cost. The next step should be to go beyond current practice and teaming those missile shooters with target spotting and terminal guidance from ground and air sensors, manned and unmanned, throughout an area of operations. This would do most of what an aircraft carrier does now, other than being an enormous target for rapidly proliferating advanced anti-ship missiles. Unfortunately, this idea would require that the Air Force and Navy work together, so we can pretty much rule it out.

When I say that we could do “most” of what an aircraft carrier does with other assets, that’s exactly what I mean. Cruise missiles and unmanned aircraft can’t do everything carrier-based aircraft can do, but they can do most of it. By acknowledging the truth — that we have to accept some limitations and risks — we can keep the military as a whole healthy and sustainable.

The same holds true not only in naval forces and aviation, but on the ground as well. We maintain heavy armor, artillery, and gold-plated logistics at the expense of light, mobile, and technologically advanced forces suited for the contingencies we are most likely to fight. We need to gear our forces for the likely case, not the “just in case.”

The idea that the United States can’t maintain a military ready on a moment’s notice for anything from rescuing kittens to global thermonuclear war to anything in the middle is not an easy pill for generals, admirals, or congressmen to swallow. As with anything, the first step to recovery is admitting one has a problem. We can be honest and accept small, calculated risks, or we can live in denial and have a hollow military. If we face the real world, we can build a force to fight in it.