We Need To Keep Talking About The Veterans Suicide Rate

From what I understand, he really didn’t say anything. He just walked into an abandoned building on the edge of... 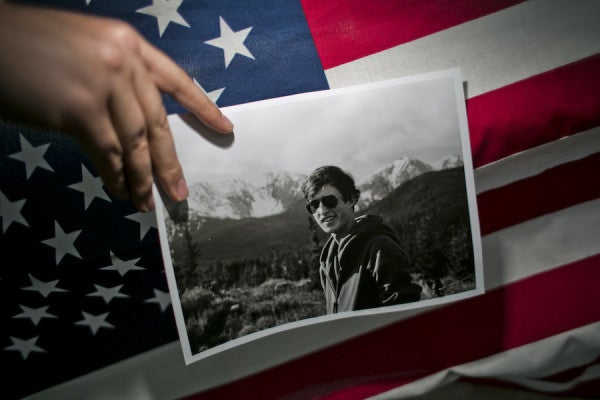 From what I understand, he really didn’t say anything. He just walked into an abandoned building on the edge of the forward operating base’ outside perimeter in Iraq, stuck his belt-fed M249 barrel into his mouth and pulled the trigger. He didn’t live long after that. I didn’t see him, as they rushed him into the battalion aid station, since by then I was already attached to a unit as the first line medical support. I don’t think anyone ever knew exactly why he did it either. He didn’t even get a mention on the memorial, a painted blast wall with the names of others who had died of combat-related injuries. No, instead his name would be forever associated with the euphemism the Army liked to use at these times, “died as a result of non-combat related injuries.”

This wasn’t even my first time dealing with suicide in the military. Back stateside, as a junior noncommissioned officer, I found one of my guys too drunk to stand wallowing in the filth that was his slow descent into madness surrounded by empty bottles of vodka and a smattering of empty blood pressure medication. He lived, and after a stint on the shoelace-free wing of the hospital, got out. I have always wondered if he did it to get out of the week-away deployment.

For those of us who have worn the brassard with the Red Cross, the visceral reaction from blood and guts doesn’t really have the same effect anymore. I’ve seen enough to know that Hollywood fails to paint the picture right. The color is off, everything is way to clean, and the smell can’t ever be conveyed. While I can get used to seeing it, I haven’t ever found an explanation that completes the loop.

I remember going to a mandatory suicide prevention briefing while in Afghanistan, right before going out on a mission. I found the entire event to be grossly ironic. It was the only briefing that I would have considered killing myself just to get out of; let alone the ridiculous rhetoric that ultimate translated something to the effect of, “Don’t kill yourself, we want you to die for your country.” Leave it to the military to create the opposite intended effect, while simultaneously patting itself on the back and lauding the prowess of its genius.

Suicide is often tied to mental health disorders as well as substance abuse, and is usually precipitated by psychological distress and hopelessness. I have experienced few other things that have caused me as much psychological distress and hopelessness as my tours in both Afghanistan and Iraq. Even without questionable leadership, or a direct line supervisor who told me how much he hated me, deployments can be a difficult time and increase mental stress on service members. Place that on top of spouses who decide to leave their partners during deployment, the near-constant pace of missions, guard duty, lack of sleep, and the draining psychological demand of giving every pile of garbage in the street the closest scrutiny. I can understand why people in full control of their faculties decide to turn it all off. I thought about it at least once. What is harder to understand are the people who live through all of that, come home, and then decide to end it.

To address that question, Congress put forth the Clay Hunt Suicide Prevention for American Veterans Act this year, named after a Marine combat veteran who took his own life in 2011. To me, there can be no doubt that this was done in a swell of surging American patriotism, combined with increasing awareness of the lack of proper veterans care available to service members returning from war.

If passed, the act will increase the VA’s ability to meet the demand for mental health care, decrease general or dishonorable discharges from affecting access to VA treatment centers, which may be a result of PTSD/TBI symptomatology rather than a direct affront to health, moral and good discipline, require the Department of Defense and National Guard to review the staffing requirements for directors of psychological health in each state, among other changes. While the act was introduced back in July by representatives Jeff Miller of Florida and Tim Walz of Minnesota, it has yet to be voted on by either the House or Senate.

I could encourage everyone to go out and write your congressman or senator to support the Clay Hunt Suicide Prevention for American Veterans Act, but instead, I think that it would make a bigger impact if you were to tell your story about veterans suicide.