Strike up a conversation about contraceptive rights and sexual assault at a social gathering and you’ll likely find yourself shunned,... 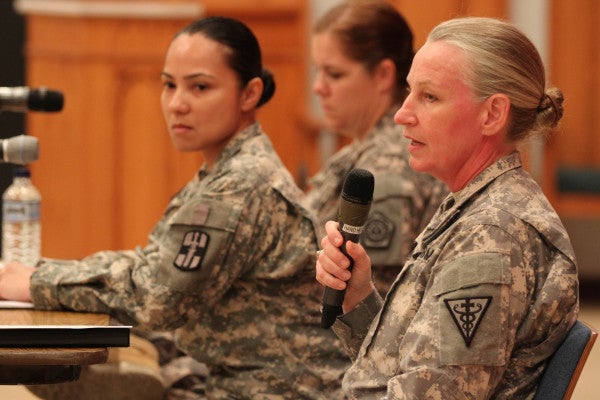 Strike up a conversation about contraceptive rights and sexual assault at a social gathering and you’ll likely find yourself shunned, dismissed, deemed inappropriate or labeled a real Debbie Downer. They are emotion-inducing subjects to the highest degree and very personal, individual topics of choice to share publicly, despite one’s political, religious, or ethical stance. If the topic is discussed, it’s typically out of convenience or necessity.

Recently, Sen. Jeanne Shaheen, a Democrat from New Hampshire, opened the conversation wider to service members and families by introducing the Access to Contraception for Women Servicemembers and Dependents Act, which “ensures that all servicemembers and their dependents who rely on the military health care system have comprehensive contraceptive coverage and family planning counseling.”

The bill addresses two very different but related topics: contraceptive rights and sexual assault. If passed, the bill will enable service members and their dependents, retirees and beneficiaries coverage of all contraceptive prescriptions at no cost-sharing even if filled outside a military treatment facility. The bill will improve access to emergency contraception for sexual assault survivors, ensure servicewomen receive comprehensive family planning counseling, and require the Department of Defense to create a uniform standard curriculum for family planning education for all service members.

The aim is to get TRICARE, the DoD military health benefits system, in line with the same contraceptive and preventative services available under the Affordable Care Act. While the bill is certainly comprehensive for women’s reproductive rights, where’s the equality in bringing men into the discussion? Where’s the coverage and care for their reproductive rights? Why single out servicewomen to only receive the comprehensive family planning counseling? You certainly don’t need me to give you a class in sex education or regurgitate military sexual assault statistics to understand why men are equal and active participants on a gamut of issues covered in the bill.

For example, TRICARE will cover vasectomies as an independent procedure, at on-base and off-base facilities. But to qualify for coverage, the service member must be married, he must have two or more children and be in his late 20s or older, his spouse cannot be pregnant, in addition to understandable health-related factors pending approval from a military physician. This criteria, combined with giving sole reproductive control to the military physician, is archaic. Equally, the Affordable Care Act has not yet directly addressed any sort of policy for men.

I view this issue as a piece of the bigger picture of contraceptive and sexual assault conversations that very few decision-makers want to discuss at length and with a kernel of reality unless it serves a personal or political agenda.

Defense officials and the military have accelerated the conversation of sexual assault with aggressive campaigns and check-the-block quarterly training where PowerPoint slides, flyers and outdated videos are recycled. When public service announcements promote ways to avoid being assaulted rather than a culture intolerant of assault in the military, the service members and the campaign-approving authorities miss the point.

When a sexual assault in a unit is reported, it’s oftentimes met with doubt toward the assaulted and deflected as a teachable moment, ultimately excusing the accused. The reality is that it is altogether a climate where nepotism really does occur within leadership at all levels and unless sexual assault training is mandatory, the conversation is visibly uncomfortable and often not discussed again until the unit is forced. It rarely makes an appearance in a Friday afternoon safety brief. This attitude is compounded by a Department of Veterans Affairs policy that requires a higher burden of proof for service members submitting a disability claim for military sexual trauma, compared to service members submitting a disability claim for post-traumatic stress.

The Access to Contraception for Women Servicemembers and Dependents Act specifically addresses military readiness and healthy well-being as its cornerstone for approval. Currently, it has a 33% chance of getting passed in the Senate Armed Services Committee and a 7% chance of being enacted into law. So when this bill has a whopping 7% chance of being enacted, who’s really talking about it? Nineteen Democrats and one Independent are cosponsors, many of whom are seeking re-election in November. The integrity of many of these elected officials’ campaign stances should be questioned, especially when they use the Access to Contraception Act and sexual assault in the military to skew and gain votes. Many of the cosponsors don’t actually have to vote on the bill’s passing.

So why openly back the conversation? Ah yes, because abortion, healthcare, and civil rights are emotion-inducing subjects to the highest degree. Inflated talk on these issues is nothing new to American politics, but when there’s no action, it’s clear that it’s a conversation of convenience muddled in political strategy. Our government is fundamentally and politically divided to the point of inaction. Political allegiance shouldn’t even be a part of the conversation when basic human rights and solutions to combating sexual assault is at stake.

When these issues are an uncomfortable conversation among military leaders how can we expect lawmakers to take solutions seriously? And when service members and families make daily financial, health and life sacrifices in service to their country, how can we take lawmakers seriously when there’s no action in their service and the conversation is fuel for political convenience?