We’re Having The Wrong Conversation About Military Brats

I am a well-adjusted military brat. That would almost seem to be shocking if you’ve seen recent news about military... 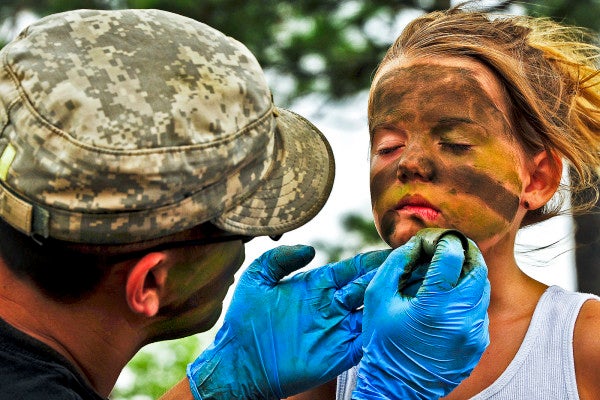 I am a well-adjusted military brat. That would almost seem to be shocking if you’ve seen recent news about military children and bad behaviors. Yet here I am, a college graduate one year into my career, volunteering in my community and making my way in the world — and I’m not an anomaly.

I often find myself telling those in the military and veteran communities that children are left out of our conversations. There is little data on the achievements of military children and a lack of community support. And lately I’ve noticed when we are included, it’s a negative narrative.

Last week, several news outlets including the Wall Street Journal, Reuters, and Stars and Stripes published articles about a new study in the JAMA Pediatrics. The study surveyed California’s public-school children and found that military kids were more prone to risky behaviors, such as experimenting with alcohol and drugs and carrying weapons on school grounds, compared to their civilian peers.

As someone who grew up in a military family and works within the military community, this study just doesn’t match my experience. I take a lot of pride in being a military brat, even though it wasn’t always easy.

Being a teenager is unnerving, awkward, and tough for a lot of Americans, especially for those who have the added stress of a deployed parent. I don't think it is uncommon for military children to act out under these circumstances. But just because they go through difficult times does not mean that we can make blanket assumptions about military families and violence based on one study.

The real issue at hand is that we don’t know enough about military children and how different aspects of the military lifestyle affect them. This report is the most in-depth study that has tried to examine this issue, although the same researchers conducted a similar study on the same set of data regarding suicide. But why don’t we have data like this from other states? Because California is one of only 14 states to even make an effort to identify military children.

Military children are a diverse group of individuals. Each one of them has different experiences. Our parents serve in different branches, deploy to different places, and are relocated at different rates. We attend different schools — sometimes in other countries — and answer the question, “Where are you from?” in our own ways. These differences make each military child unique.

Because of this diversity, we can’t say for sure whether or not this study reflects habits of the larger population of military children without comparing it to other data.

We should be asking military kids about what hardest parts of military life were for them. Many military children whose parents served in Iraq and Afghanistan are now in college, starting their careers, or felt so much pride in their experience that they too made the decision to serve their country. I’m sure they would tell us what worked for them and what helped them get through it if we asked. I know I would.

Military kids possess many strong qualities as a result of their experiences, and those traits — like adaptability, maturity, and resilience — got them through even the worst of times. We should focus on those experiences and learn about how their military experiences helped them grow.

America needs to have the conversation about how the Iraq and Afghanistan wars have affected our troops’ families, but we’re going about it the wrong way.

We need to empower brats, support them, and lift them up as they move across the world and say goodbye to Mom or Dad. We should be channeling more energy into finding new ways to ease the challenges they face, rather than quickly generalizing about military kids and violence in schools.

I was born on post. I’ve moved at least 10 times. My Dad missed my first eight birthdays. He deployed to Iraq twice while I was a teenager. And still, I don’t fit the mold that this study boxes me into. I’ve seen firsthand through my moves and friendships with my military child peers: Neither do they.