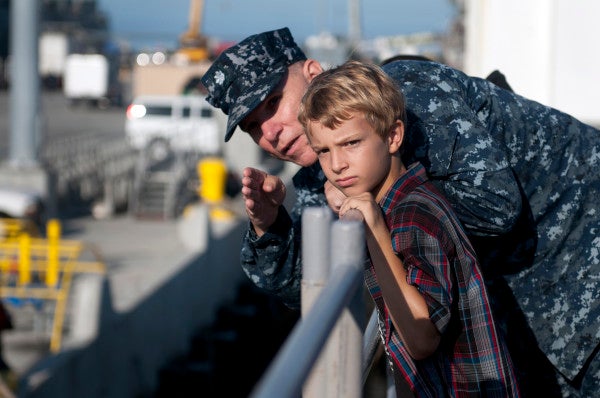 Boys being boys — that’s been a thing for a long time. It’s how conventional wisdom explains why your sons do stupid crap, like spending the afternoon slapping each other until they cry. But despite what some deeply ingrained cultural stereotypes would have you believe, young boys are capable of big emotional arcs, from aggression to despair to compassion to sweet contemplation … to more slapping.

“Boys are capable of wanting to blow things up, set things on fire, make loud noises, jump off of things, and even make fart jokes — and all fart jokes are funny,” says Rosalind Wiseman, whose books “Queen Bees And Wannabes” and “Masterminds And Wingmen” are bestselling examinations of how traditional gender expectations can negatively impact kids. “That same boy is capable of deep love, deep feelings, deep confusion and desperately needing meaning in his life.”

Related: 6 Tips For Teaching Your Daughter To Kick The Crap Out Of Attackers »

Wiseman has taken note of a societal shift regarding boyhood. And much like Richard Linklater’s coming-of-age movie of the same name, there’s a growing acknowledgment of the deep, complex emotional lives boys lead and parents’ desire to engage on that level with their sons. It’s what previous generations would have called “coddling,” probably while hammering molten steel and chugging cask strength whisky.

But being empathetic and laughing at farts are not mutually exclusive. Here’s why you can hold both thoughts in your head at the same time:

Your childhood might not be the best model for your son.

Maybe your folks were the “boys don’t cry” type, telling you to rub some dirt on it and man up. And maybe you didn’t like how that felt. Rest assured that you are not alone, and you don’t have to repeat history.

“It is not uncommon for me to get very heartfelt, painful emails and correspondence from men who were in the military, bankers, truckers — very traditional male fields — who have said to me, ‘I want it to be different for my son than it was for me,’” says Wiseman. “‘I want to have a closer, better relationship with my son than I had with my father or my mom.’”

“Do the right thing,” “Don’t disrespect others,” “Snitches get stitches,” “I’ll be back,” — any of that sound familiar? (That last one was from The Terminator.) More often than not, boys are told how to behave in tidy aphorisms that would fit on a bicep tattoo. But Wiseman says words are not enough. Parents have to lead by example and through thoughtful — and often extremely uncomfortable — conversations.

“What I think is frustrating is that really well-intentioned men were not taught beyond sound bites,” Wiseman says. “In my experience, that does not compute to boys. You have to go beyond that and ask, ‘What does it really look like for you?’” What if, due to circumstances beyond his control, that snitch doesn’t deserve stitches?

Nobody asked to be born into a swirling, shifting culture of video games, mobile devices, social media, movies, TV shows, academic pressure, and emerging sexual expression, but that’s where your son is at in 2016, and it’s all very loud.

“It can feel overwhelming at times,” Wiseman said. “I don’t think we need to know every single thing about every single platform. I think we miss opportunities that are right in front of our face all the time. There are plenty of opportunities as a parent that are going to be springboards for conversations.” Basically, don’t assume that, just because your boy’s staring so intently into his phone, Snapchat is answering the questions that keep him up at night — just ask him what’s up. It’s way easier than figuring out Snapchat.

On a recent football Saturday in Boulder, Colorado, Wiseman and her two teenage sons came across your standard hammered Pac-12 football fan, who was having trouble walking in a straight line and being generally belligerent.

Wiseman turned this into a lesson on how even bros can be brotherly, and don’t always have to one-up the other guy. “His two friends were supporting him and actually were quite loving,” she says. “They very confidently, assertively moved him away from everyone else and were taking care of him.” Lesser men would have determined that this dude clearly needed dicks drawn on his face.

“I said, ‘Look at that guy. That college guy drinking can be a problem for himself and others. But look at his friends. Look at how these men are supporting one of their male friends.’ It’s about becoming attuned to those moments, and taking advantage of them when you can,” she says. Or like Mr. Rogers used to say, “Look for the helpers.”

The big lesson here: Men, even men doing manly things, can and should show compassion for one another in public without fear of social backlash. Even your anti touchy-feely grandpa would agree with that.

This article, “How To Get Beyond ‘Man Up’ And Have A Real Gut Check With Your Son,” originally appeared on Fatherly.