How To Inspire Your Kids Through Acts Of Public Service 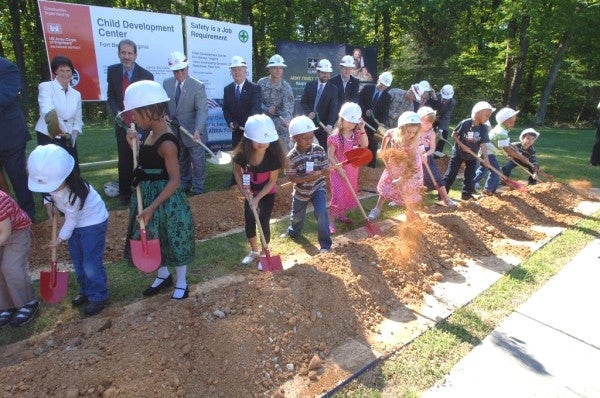 As president of The Mission Continues, Spencer Kympton knows a thing or two about leadership, service, and inspiring the next generation. His nonprofit believes that what military veterans “need most is an opportunity to deploy their skills, experiences, and desire to serve in their community.” Getting veterans to serve on the homeland not only keeps them doing what they love, it gives kids a firsthand view of how real heroes act.

Heroic ass kicking is Kympton's forte. Since graduating as West Point's valedictorian, he's served as a Black Hawk pilot, worked with everyone from the FBI to McKinsey & Company, and snagged a Harvard MBA with honors along the way. Now that he has a 6-year-old son, Kympton's determined to teach service (and ass kicking ) the same way his father taught him. Kympton shared with us the lessons he’s applied to his parenting methods.

How does your work with The Mission Continues influence you as a father?

One of the biggest things that I've learned is applying the same core values that we have at Mission Continues to my parenting:

Does being a father affect your work at The Mission Continues?

We have quite a few fathers on staff. In fact, even though we are a veterans organization, the reason we exist is to inspire kids. If you listened to some of our internal conversations, the reason we do projects in communities and put veterans into community-facing organizations is ultimately to demonstrate to my son's generation that service in the military or in the community is what makes this country strong. The more ways that we can get veterans out into communities and those stories in front of children the better. That's success for us.

Out of curiosity, how many demerits did you receive as a West Point cadet and why?

At West Point there were things called “hours.” An hour was quite literally an hour of marching back and forth in full uniform with a weapon on the weekend. There were certain infractions that got you lots of hours, and the biggest issue was you weren't allowed to go anywhere if you had to stay and march hours. I got a little crazy at a tailgate my sophomore year and broke a couple of rules and ended up walking 48 hours over the fall and winter of my sophomore year. I learned a lot from that, and I was taught respect for some of the rules at West Point. Didn't make that mistake again.

What are some lessons you learned as a Black Hawk pilot that you apply in your work and family today?

One of the things that impacted me most as a Black Hawk pilot was when I was stationed in Honduras in the mid 1990s. In one case, we spent a couple of weeks flying doctors, dentists, and veterinarians into the Mosquito Coast of east Nicaragua — villages with no roads that got to them. They quite literally had never seen a car or motorcycle, much less this big hulking helicopter that flew in. When we landed, hundreds of kids ran out fascinated. We watched these doctors and dentists issue inoculations, prenatal vitamins, pull back teeth, or just do basic humanitarian care.

What I took away from that is the magnitude of challenges some kids in this world face. I also realized how important it is to ensure my son knows how fortunate he is. Life shouldn't be about making his piece of the pie bigger, but making sure the pie itself is bigger and more people are able to come to the party to have some of the pie.

That time in Honduras, seeing the conditions that other cultures have to raise their kids in, was very eye opening.

What did your father teach you that you draw on as president of The Mission Continues?

My dad went to West Point as well. I grew up in a family that places value on service to country, particularly through the military as a starting point. My dad didn't stay his full career in the military, but I learned service in the military can be the start of the arch of service to country that lasts your entire life. It can show up in various ways: military service, service in the community, school systems, and public service, whether local, municipal, or national government. Service can pop up in a lot of ways throughout your career. It's the glue that sticks it all together.

How do you inspire your son to follow a similar path?

My wife and I plan to expose him to as many opportunities to serve others as possible. That may involve going to service projects with The Mission Continues, which he's done. It may involve ensuring every time he gets an allowance a portion goes to some endeavor that helps serve others. He gets to do this because we involve him in that selection process and understanding the organization and the endeavor he's giving that money to.

One thing I don't want to do is force my son into anything that doesn't feel natural or inspiring to him.

This article, “The Father Behind 'The Mission Continues' On Inspiring Kids Through The Work Of Veterans,” originally appeared on Fatherly.