As a military brat, one thing I know — that all military children know — is that distance is hard.... 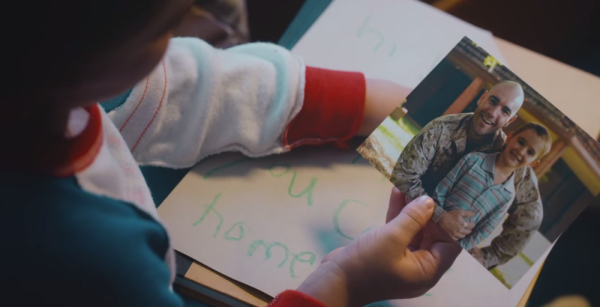 As a military brat, one thing I know — that all military children know — is that distance is hard. You rely on fuzzy video, short letters, and brief phone calls to bridge the gap, and it’s never really enough to fill the void. Having lived through numerous deployments as a kid, this commercial by a paper and packaging company called “How Life Unfolds” really hits home for anyone who’s ever had a military parent.

Titled “Letters to Dad,” the ad features a young boy attempting to send letters to his father, stationed overseas, by turning them into paper airplanes. A little help from a kindly neighbor, paired with a heartwarming piano score, and this kid’s story becomes one that all military parents and children can relate to. I won’t spoil it, but it’s probably the most touching thing you’ll see all summer.