In 2001, Taya Studebaker met and fell in love with a Navy SEAL named Chris Kyle. They were married in... 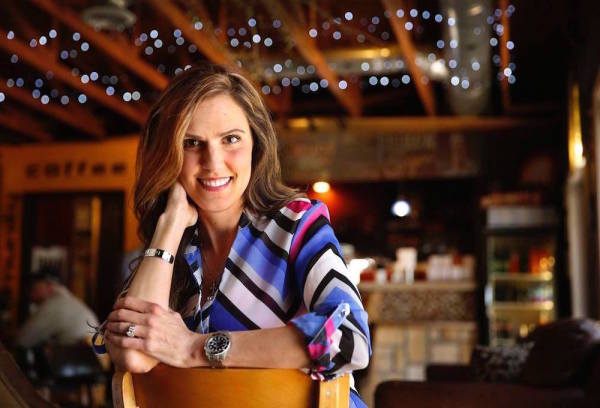 In 2001, Taya Studebaker met and fell in love with a Navy SEAL named Chris Kyle. They were married in 2002, as U.S. armed forces became involved in two lengthy wars in Iraq and Afghanistan. Across four tours in Iraq, her husband became a legend — the deadliest sniper in American history. Despite the dangers of being a Navy SEAL and the hardships of frequent deployment, the couple managed to overcome the odds of military divorce to find happiness in each other. However, after he was honorably discharged, Kyle was murdered by a former Marine named Eddie Ray Routh on Feb. 2, 2013, leaving Taya and their two children behind.

Now, three years later, Task & Purpose caught up with Taya about how she began to move forward thanks to her faith and the knowledge that her husband lives on in the good he brought to the world.

What were some of the greatest hardships you faced as a military family?

Every military marriage is different. I think with a Navy SEAL in particular, they’re gone training a lot then they deploy. Their training missions take them all over the country, and sometimes out of the country, and so that’s one of the bigger challenges. But I also know that just about every SEAL, every one of them has a lot of passion and heart. They’re strong-minded, and strong-willed and that’s how they get through the physical training. I think with that you get a lot of passion, and you get a person who has a goal and they achieve it. That can be directed in marriage if they want it to be. I think a lot of times they start out with a lot of heart, and obviously the divorce rate is very high … But it’s a very challenging marriage to be in for a lot of different reasons. And it’s the same with first responders and other military too. You develop a connection for that passion, that drive … which I certainly had with Chris.

What do you think it means to be a Gold Star Family?

I think grief is a hard thing; it’s an unpredictable thing. Everybody has a different experience with it, but overall there’s just a lot of pain, a lot of sadness. You know they died doing what they wanted to do. It’s obviously not a draft situation or something like that, which we’ve had in our nation’s history. It’s just grief at the end of the day, and in different capacities. And so loss is loss, but everyone deals with it differently.

Is there any advice you have for military families about how to cope with the loss of a loved one?

The thing that’s helped me the most is my faith. And I know that may not be the same for everybody, but I feel like it’s the only that’s kept me going. I know that I will see him again in my belief system, and I can cling to that. The other thing is that you have to be patient with yourself and know that grief is unpredictable. It’s going to be a long journey — one that’s really never finished. But it does get better in time.

How did you deal with the grief of losing Chris, and what did you have to do in order to start moving forward?

You learn to find a way to move forward and accept the fact that you’ll carry it with you. My situation is different in that my coping mechanism was to sort of race the clock with whatever Chris was doing that would expire. He was working on a number of different projects … so what I did was pour myself into that kind of work to keep whatever he was doing alive. I avoided some of the deep, deep stuff as I poured myself into what I could do for him. Somebody could take his body, but they couldn’t take his spirit, I had a very passionate drive to give it everything I had to keep that alive. The grief has hit me harder, maybe and longer, because I don’t think I gave myself time up front. But I don’t judge that; it was all I could do, and it was the method that worked for me. Do what you can, when you can. Grief is going to happen anyway. You can’t avoid it, and you can’t outrun it.

Can you tell me about the Chris Kyle FROG Foundation?

The mission of the Chris Kyle FROG Foundation is to honor god and country by serving the marriages of those who serve in the first responder community and the military community. I think the divorce rate is so high because people don’t talk about it amongst each other as much. People fare far better if they know they’re not the only ones. We give a weekend away and time to be together in whatever way they need. It really is the couples just remembering the reasons why they love each other, and that they really just need to hang on to each other. Maybe they’re circling the drain, and … we can just get them out of that cycle for even a weekend to remind that this is worth fighting for. We’ve had couples who come back to us and said that it’s saved their marriage. I always think, “What could I possible have done in just a weekend?” but I realize it’s really not us, it’s God. They’re in the right spot, and they want to have a change in their marriage.

Has it been hard to preserve Chris’s legacy with all the naysayers and negative commentary about his military record?

The thing is, that’s been one thing that gets talked about, but there are so many other things that Chris has done. I’m always interested to see how people judge Chris but very rarely come up with facts. Chris didn’t do anything with his military record. He had his DD-214 and he had his Silver Stars. The military going back and changing that now is something that I’ve been quiet about because I’m not done working on it. And I’ll see what can be done. But, it’s indisputable. He had his DD-214. And that is the record that everyone goes by. They tell you when you leave, “this is it, nothing else matters.” And that original, official document has these Silver Stars that everyone signed off on.

What do you think about the portrayal of your family in the movie “American Sniper”? Is there anything you would have changed?

I feel like the testament to how right they got it is that there are so many veterans and their families that can relate to it. It is sort of everyone’s story who served. To me, that’s the biggest blessing. They got Chris right. It really is awe-inspiring how well they portrayed him as far as being true to his character and who he was. Bradley did an amazing job. Would I change anything? No, I really wouldn’t. The thing that I noticed is that anytime you have a book or a movie, you’re not going to be able to tell the full story. You’re not telling every minute, you’re just telling the poignant parts that make sense to other people. We laughed all the time too, and we loved each other. We tried to put that in a book or a movie … all the moments that are there are true and powerful, and even if they’ve been altered slightly in the movie to get the essence of a moment, they’re still true to the essence of things that happened. And certainly the rest of the memories I’m flooded with are a more complete picture.

The 2016 election is coming up quickly, what are your thoughts on the candidates stances on troops and veterans issues?

It’s really difficult I think this year — it’s difficult any year, in any election cycle — but I think we’re lacking a candidate that appears to have really great character that we can trust. I think everybody is in a bit of a pickle right now. I have my personal feelings on how they’ve treated troops and veterans. I am going to have a hard time getting over anything to do with the guys in Benghazi. I still do. I can’t get past that.

What do you think are the most important issues the will impact Gold Star families?

The biggest issues for veterans, I think, the VA has so many problems we need to address, and I could go on and on. When it comes to actual people using the VA, yes, there are benefits that are being unused by veterans. On the flipside, I can tell you that the quality of service to me is lacking, and I would rather almost get rid of it entirely, and go to letting the veterans put some sort of pay towards having privatized care. Other than that, I think the biggest issue is typically the support of the country and how they’re represented by leadership, and their pay and benefits are certainly an issue and always have been. I’m really passionate about keeping the focus on the people of the military and not letting people forget. You can talk about 22 suicides a day in the United States, and I’ve heard the statistics that say 70 to 80% of those are Vietnam veterans. And to me that just speaks volumes about how we need to do everything we can to let these military men and women and their families know that they are loved, that we appreciate them, and that we will take care of them, because we don’t hold them responsible for picking what war they go to. We just appreciate that they were willing to sign up and do whatever their country asks of them.