The Supreme Court shot down an appeal by former Minnesota Gov. Jesse Ventura to reinstate a $1.8 million verdict in... 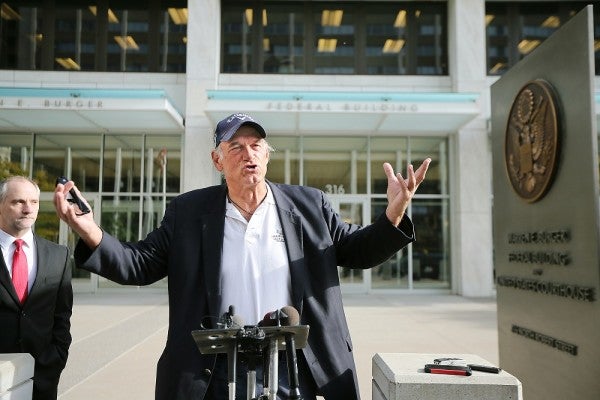 The Supreme Court shot down an appeal by former Minnesota Gov. Jesse Ventura to reinstate a $1.8 million verdict in his defamation case against the estate of slain Navy SEAL sniper Chris Kyle on Jan. 9, according to the Associated Press. The late Kyle was a former Navy SEAL and is widely regarded as the deadliest sniper in United States military history.

The case centers around Kyle’s autobiography “American Sniper,” which Ventura, himself a former SEAL, took issue with Kyle’s claim that he punched Ventura at a bar in California in 2006 after the former governor allegedly made offensive comments about SEALs.

Ventura has long held that Kyle made up the entire incident and that the book damaged his reputation among former SEALs in particular and the military at large.

The former governor was originally awarded $500,000 for defamation and $1.3 million for unjust enrichment against the Kyle’s estate in 2014, but on June 13, 2016 the U.S. 8th District Court of Appeals overturned the decision, and yesterday’s case upheld it.

The June 2016 ruling overturned the unjust enrichment award on grounds that it did not apply in that case, according to a 2016 report from the Associated Press. For unjust enrichment to apply, Ventura would have had to prove he had a pre-existing contractual relationship with Kyle, which he did not. The defamation award was also reversed and the case was remanded for a new defamation trial because two of the three judges found Ventura’s attorneys improperly let the jury hear that the book’s publisher Harper Collins had an insurance policy to cover a defamation award and attorney fees.

“From our review, these unsupported, improper, and prejudicial statements were not heat of the moment argument, but were strategic and calculated,” the judges wrote, noted the Associated Press.

Jurors would be less hesitant to issue a substantial defamation award if they knew Kyle’s widow, Tara Kyle was covered by an insurance policy, said the appellate court according to the Star Tribune.

The case could return to Minnesota for a new trial.