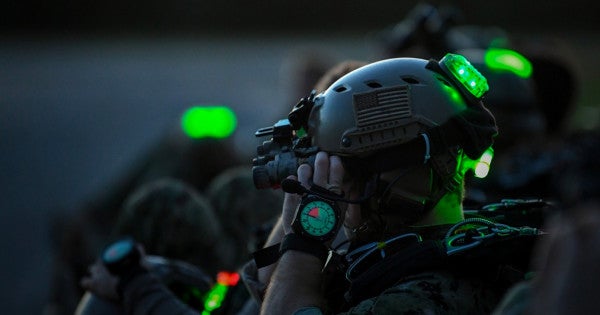 NAVAL BASE SAN DIEGO — The civilian lawyer for Navy SEAL Lt. Jacob “Jake” Portier argued Tuesday that his “defense is hamstrung” by an overly-broad gag order that does not allow him to conduct a thorough investigation in the case.

Attorney Jeremiah Sullivan complained to the hearing officer in Portier's Article 32 hearing that a protective order issued by Naval Special Warfare Group One over the case was “unlawful” since it did not allow him to show witnesses documents, photos, or statements from others connected to the case that may contradict their testimony.

“There's a number of witnesses who have conflicting statements,” Sullivan said. “That's the whole rub in this case.”

Portier is accused of dereliction of duty, failure to obey a lawful order, and making false official statements, according to a charge sheet released by the Navy on Tuesday. Prosecutors allege Portier failed to properly report the alleged actions of his subordinate, SEAL Chief Edward Gallagher, who has been accused of murdering a wounded ISIS fighter and shooting at innocent civilians in Mosul, Iraq in 2017.

Portier also allegedly carried out a reenlistment ceremony for Gallagher near the corpse. When asked about it by a superior, according to the charge sheet, Portier said, “there was nothing criminal” about it, but “it was just in bad taste.”

Since Sullivan has so far refused to sign the protective order, he has not been allowed to retain a copy of the prosecution's evidence — a binder of roughly 550 pages of documents, photos, and witness interviews — and thus, he argued in court Tuesday, he is unable to mount an effective defense.

Prosecutors explained that Sullivan could ask witnesses about conflicting statements or images, but he could not show them or give them copies — an apparent effort to tamp down on leaks to the media.

“I can't confront them with other sworn testimony,” Sullivan said. “It is absurd. … the way I anticipate this going, it's not going to well for the government.”

Still, after a short impasse and after having his objection noted for the record, Sullivan privately viewed the evidence binder and allowed the hearing to proceed. The government's evidence was entered, along with letters and emails between Sullivan and the convening authority over the protective order.

“Lt. Portier didn't take out a hunting knife and stab a prisoner in the neck. He didn't get behind a sniper rifle and shoot at a little girl trying to escape from ISIS and he didn't shoot an old man taking water jugs to the river,” McMahon said. “But he knew about it, and he did nothing.”

Sullivan, however, said that “what has been represented is not the truth.” Adding that Portier did report what he knew, he alluded to other SEALs possibly being brought into the case: “There will be different charges against other people, not my client.”

In an interview after the conclusion of the Article 32, Sullivan told Task & Purpose that Portier is “a highly decorated combat veteran who served our country on the battlefield” and said he looked forward to arguing his case in front of a judge.

Portier has served with multiple West Coast-based SEAL Teams since his graduation from BUD/S in 2012, according to an official biography from the Navy. His awards include the Bronze Star w/combat “V” and two Combat Action Ribbons.

Prosecutors have recommended a general court-martial for Portier. The Article 32 hearing officer will now prepare a report for the convening authority, who will decide whether the case moves forward.