Every Labor Day weekend for the past five years, Will Thomas has put in time and energy shooting baskets. Lots... 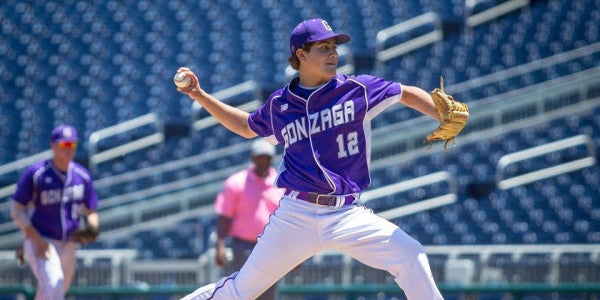 Every Labor Day weekend for the past five years, Will Thomas has put in time and energy shooting baskets. Lots of baskets. From Friday afternoon to Monday evening, he sinks shot after shot, year after year.

That’s not even the most impressive part.

Through these basketball shooting events, Thomas has raised more than $500,000 in funds for charities serving families of fallen special operations forces. At the first shooting challenge in 2011, the donations went to the Navy SEAL Foundation, a nonprofit that supports Navy SEALs and their families. Since then, Thomas has used that same approach to support even more organizations. Thomas pairs with different military and SOF-oriented nonprofits and raises money on their behalf through fundraising sports events. He refers to his fundraising efforts as Operation Hawkeye, a collaboration between “a team of individuals and organizations committed to the cause of honoring fallen special operations warriors and supporting those they left behind,” according to Thomas. All funds raised through Operation Hawkeye are directed entirely to its nonprofit partners.

Related: This Pararescueman Is Raising Awareness For Vets By Jumping Out Of Planes In A Wingsuit »

The inspiration for Operation Hawkeye was born from tragedy.

On Aug. 6, 2011, a CH-47 Chinook helicopter in Afghanistan, call sign “Extortion 17,” was shot down. A 30-man special operations forces team, a seven-man contingent of Afghan commandos, and a civilian interpreter all perished in the crash.

It was the largest single-day loss of life in the war in Afghanistan.

Something about it struck Thomas and upset him deeply. Thomas and his father, Bill, came up with a plan to raise funds for the families over Labor Day, but it grew larger than Thomas imagined was possible.

“It started out literally just as a weekend that I planned I was going to do one of these shooting marathon exercises and I thought that would be it,” Thomas said in a phone interview with Task & Purpose. “I thought I would just get on with my middle school life and move on from there, but when I got in touch with some of the family members of those who lost their lives, it sort of opened my eyes.”

It also hit closer to home than he expected.

One day, one of the widows of a Navy SEAL killed in the crash came by the house.

“When she stopped by the house one day, unannounced and introduced herself, I realized, ‘Wow, it’s such a small world,’” said Thomas.

She used to live in his hometown and went to the same school as Thomas, who explained it’s these moments that drive him to continue his work with Operation Hawkeye.

A 2013 photo of Will Thomas with Navy Adm. William McRaven, head of U.S. Special Operations Command.Photo courtesy of Will Thomas.

In 2013, Operation Hawkeye expanded to encompass the families of all fallen members of special operations forces. That same year, Thomas had another visitor, this time it was Navy Adm. William McRaven, head of U.S. Special Operations Command at the time, who showed up, flanked by two bodyguards, and asked to play a game of basketball with Thomas.

Thomas is 17 now, a senior at Gonzaga College High School in Washington, D.C., and these days he spends most of his time playing baseball, though shooting remains a passion, as does his work with Operation Hawkeye.

This year, Thomas and some of his peers partnered with Gold Star Teen Adventures, a nonprofit that provides unique summer opportunities and outdoor programs to teenagers of fallen service members. Called Strike Force, Thomas and his five other pitchers have set their sights on landing 130 strikeouts — which is where they got the name — and they’re already at 128. Each strikeout raises money for their cause, said Thomas, adding that they hope to raise $25,000 by October when the fundraising event ends.

“So the Strike Force was our way of transforming from basketball into other sports and so this summer has been focused on baseball,” explained Thomas.

Will Thomas pitching during a March, 2016 baseball game at Paul VI Catholic High School in Fairfax, VirginiaPhoto courtesy of Will Thomas

At the moment, it’s unclear what the future will be for Operation Hawkeye once Thomas graduates, but given his track record, he’s due for a break — though he wouldn’t agree.

“It’s such a gratifying experience, it’s not something you get tired of,” said Thomas. “Yeah, on a Sunday afternoon of a four-day shooting challenge I would rather be sitting on my couch watching TV, but you have to remember why you’re doing it.”