Documentaries about war are often shown through the lens of a civilian reporter attached to a frontline combat unit, and... 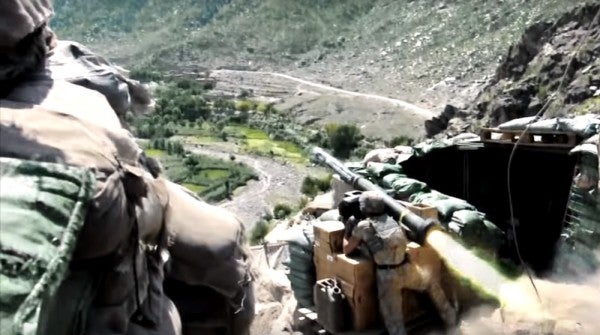 Documentaries about war are often shown through the lens of a civilian reporter attached to a frontline combat unit, and though the stories are frequently profound, there’s something missing: The first-person perspective of those who do the bulk of the fighting, killing, and dying in war.

An upcoming documentary series aims to provide just that.

The Discovery Channel’s “Taking Fire” follows a six-man assault team with the Army’s 101st Airborne on their deployment to a farflung outpost in Afghanistan’s Korengal Valley in 2010. The footage, shot entirely by the soldiers through a mix of helmet and digital cameras, paints a visceral picture of what a year-long tour in Afghanistan’s deadliest region was like.

The series premieres on Sept. 13 and includes interviews and narration from the soldiers there. It follows their story from their first patrol, to their toughest battles and the downtime in between.