Kyle Carpenter Reflects On His Sacrifice, Hardship In Upcoming Profile

A trailer for an upcoming multimedia feature titled “Rebuilding Honor: How Kyle Carpenter Came Back To Life” follows the Marine... 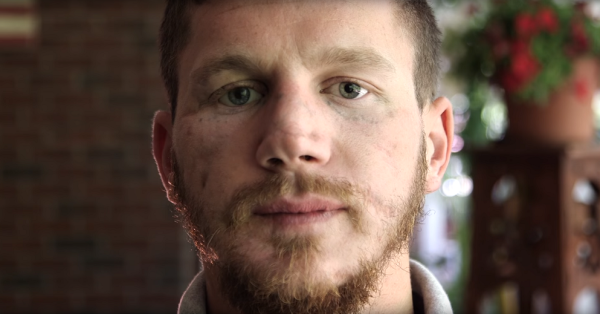 A trailer for an upcoming multimedia feature titled “Rebuilding Honor: How Kyle Carpenter Came Back To Life” follows the Marine veteran and Medal of Honor recipient's difficult road to recovery after he was badly injured on Nov. 21, 2010, in Helmand province, Afghanistan.

Carpenter joined the Marines in 2009, and a year later deployed with 2nd Battalion, 9th Marines as an infantryman. While Carpenter and Lance Cpl. Nicholas Eufrazio were manning post at Patrol Base Dakota in the Marjah district, enemy insurgents attacked in broad daylight. When a grenade landed nearby, Carpenter shielded Eufrazio from the blast, absorbing the impact.

Both survived, but Carpenter was grievously wounded. Though he was barely hanging on, he made a long, improbable, and arduous recovery.

This appears to be the spirit and tone of the upcoming feature by the military and veteran news site, The War Horse. According to the site’s founder, Marine veteran Tom Brennan, the story also explores how Carpenter’s injuries impacted those around him: his family; the Marine and Corpsman who triaged him; the medical staff who cared for him; and all those that helped him and each other heal. The project is the culmination of nine months of interviews and reporting and the piece will include video, print,original photography, and family photos.

The War Horse says it aims to provide unbiased, introspective, and frank commentary on modern warfare. Through a mix of investigative work and user-submitted content, the site seeks to “explain war in a greater context than ever before by openly exploring current, ongoing conflicts in which the U.S. is engaged and by providing contemporary, contextualized stories and features for citizens and politicians to consider anew.”

In the trailer for The War Horse’s upcoming piece, Carpenter talks about the emotional toll three years of surgeries and therapy took on him.

On June 19, 2014, in recognition of his heroic and selfless sacrifice, Carpenter became the youngest living Medal of Honor recipient when he received the nation's highest award for valor.

The piece is set to run in September. In the meantime, you can watch the trailer below.