What I Learned During My 3-Year Recovery At Walter Reed

Editor’s Note: This article by William “Kyle” Carpenter originally appeared on TheWarHorse.org, a nonprofit newsroom focused on the Departments of... 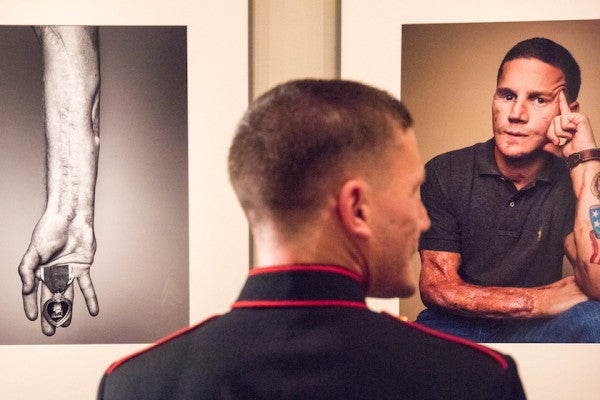 Editor’s Note: This article by William “Kyle” Carpenter originally appeared on TheWarHorse.org, a nonprofit newsroom focused on the Departments of Defense and Veterans Affairs.

On Nov. 21, 2010, I lay disoriented on top of a hot dusty rooftop of a mud compound in the rural farmlands of Marjah, Afghanistan. The front lines of the battlefield of the Global War on Terror. I felt the sensation of warm water being poured over me, quickly realizing that blood had begun to flow out of my torn apart body. All I had were my thoughts: My vision was distorted, like I was looking at a TV with no cable — just white and grey static. My ears were ringing so loudly I could only faintly hear my buddies voices telling me I was going to make it, as I continued to ask them if I was going to die. I was realistic though and knew in my heart that I was not going to make it home. I became very sleepy and, in what I knew were my last few moments, I thought of my family and how devastated they were going to be that I hadn't survived Afghanistan and that we would never see each other again. I said a quick prayer for forgiveness and, closing my eyes for what I thought was going to be the last time on this earth, I fell unconscious. I had sustained devastating and life altering injuries, and I had been resuscitated three times. When I arrived at the first hospital I was labeled PEA… patient expired on arrival. Five weeks later I woke up.

Nine years earlier, I was sitting, confused, in Mrs. Stewart’s pre-algebra class watching her tear up as the reality of what we were watching and her look of helpless disbelief set in. American Airlines Flight 11 had just crashed into the North Tower of the World Trade Center, an event that would forever impact and change the course of our nations history. As the fire raged on and thick black smoke filled the sky, I tried to comprehend what was happening, but, unfortunately, as a child I couldn’t. I didn’t know what the World Trade Center was. I didn’t know what “the West” was or that anybody hated our way of life and the freedoms we share. I had never heard of Osama Bin Laden or the terrorist group known as Al-Qaeda that stationed itself in the mountains of Afghanistan.

Over 15 years later, so much of our country and world has changed and so little has stayed the same. Today I’m a senior in college, and I’m sitting here on my balcony overlooking the skyline of Columbia, S.C. With one eye, two damaged arms, and ringing ears, I’m struggling to put my thoughts about that fateful day and the events that have occurred since Sept. 11, 2001, into perspective. As I watch the cars pass freely and safely, without fear of IEDs, I am overwhelmed by a sense of gratitude and patriotism. In this strong, united, and beautiful country we can fully and truly enjoy the lives with which we’ve been blessed.

Really think about this… Because I have, over and over, again and… What if you were born and spent your entire life in the same mud hut and village? Imagine having no idea what an education is; imagine not even having the option to go to school. Imagine yourself or your children walking in 110-degree temperatures, down unpaved and rocky roads, to get dirty water out of a well. Imagine having to worry, while working in the fields all day, if you were going to get home and find your family had been killed or beheaded, just because you and your loved ones believe something different than your neighbor. This is an everyday reality for so many people around the world. But not for us living in the United States.

Another reality from our nation’s history and the past 15 years is the toll, physically and mentally, that war has brought. I spent three years recovering at Walter Reed National Military Medical Center, in Bethesda, Md. There, service members, who had been in the ICU with me, were taken from their rooms and moved to the hospital morgue, because their strong and courageous fight with their injuries had ended. I saw quadruple amputees, with a smile on their face, carrying their children in a wheelchair, on what was left of their legs, to an appointment. I saw service members who weren’t able to read or write or even remember their wives because of the devastating effects of a traumatic brain injury. I saw a passionate and devoted medical staff that gave selflessly every day — a team that loved and cared for not only wounded warriors, but their families — physically and emotionally. We live in a country that from the first gunshot of the Revolutionary War to the last gunshot in the wars in Iraq and Afghanistan has been earned by altruistic sacrifice and loss of life and limb by patriotic Americans — a country that was founded on principles and the idea of love and respect for our fellow man and citizens.

Watch a preview to an upcoming multimedia feature by The War Horse on Kyle Carpenter.

Afghanistan and my recovery, and the lessons I have learned from them have made for hard and trying times but times for which I’m extremely grateful. I have been fortunate enough to gain more than a lifetime of perspective on living. I truly understand that things really can always be worse. I also understand that hard times can get better and there is always a silver lining. Live a life worth living, full of meaning and purpose. Live a life that will make the fallen soldiers who are looking down on us proud. Appreciate the small and simple things. Be kind to and help others. Let the ones you love always know you love them and when things get hard trust there is a bigger plan and that you will be stronger for the hardship you endure. These are things I’ve learned.

William “Kyle” Carpenter is a Marine veteran and Purple Heart recipient of Operation Enduring Freedom in Afghanistan. He was wounded on November 21, 2010 while attempting to shield a fellow Marine from a grenade blast. On May 19, 2014 Kyle became the eighth and youngest living Medal of Honor recipient. He currently attends the University of South Carolina. Follow him on Twitter and Instagram.