On June 16, the hit-and-run charge against Medal of Honor recipient Kyle Carpenter were dismissed. According to The Associated Press,... 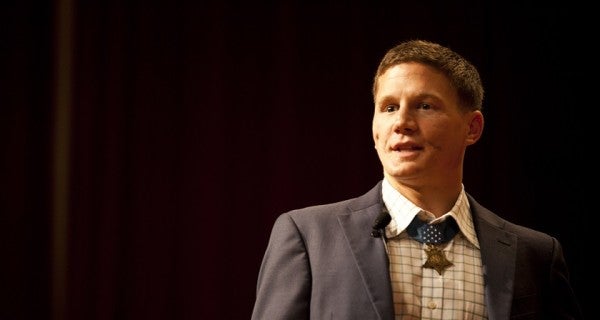 On June 16, the hit-and-run charge against Medal of Honor recipient Kyle Carpenter were dismissed. According to The Associated Press, Nicole Holland, a spokesperson for the Fifth Circuit Solicitor's Office in Columbia South Carolina, said that the misdemeanor charge was dropped. Carpenter paid a $237.50 fine for making the improper left turn, the hit-and-run charge was dropped.

The charge is in regards to an incident in December in Columbia, South Carolina, when Carpenter struck a man in a crosswalk. He stopped briefly, but left without providing his name.

An Associated Press report on the incident said Carpenter made an improper left turn and struck the pedestrian who had the crossing signal in his favor. Afterward, Carpenter pulled over and turned on his hazard lights, but did not exit his vehicle, provide the required information, or offer help. After the man stood up, walked to the side of the road, Carpenter left. Afterward, the man went inside the nearby gym, and Columbia police were notified. The 18-year-old man was treated at the scene for scrapes and a leg injury.

Carpenter was awarded the Medal of Honor in 2014, for his actions in Helmand province, Afghanistan, where he threw himself between a fellow Marine and an enemy grenade, absorbing the impact with his body.