'The individual that was arrested was the aggressor.' 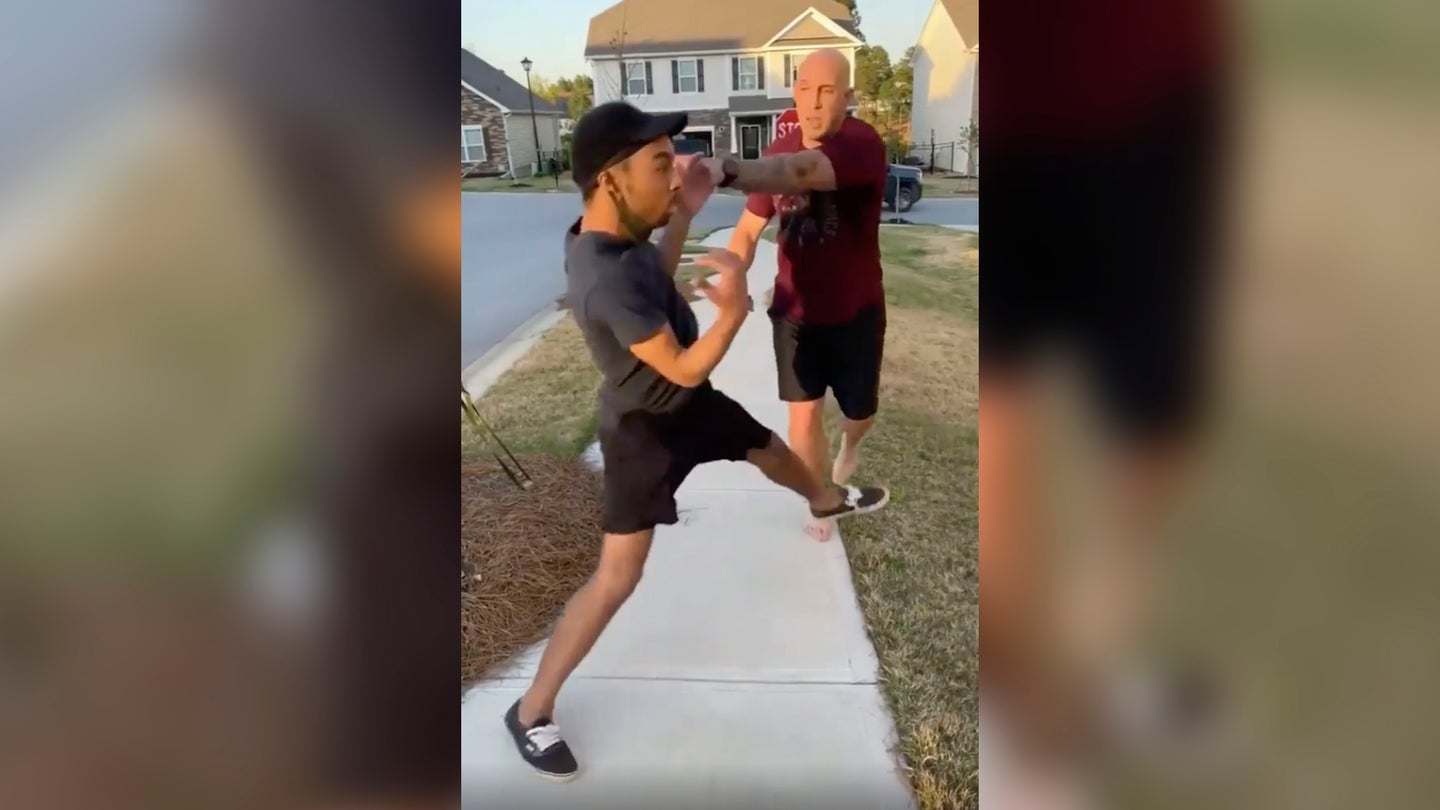 A White soldier shown in a viral Instagram video getting into an altercation with a Black man has been arrested and charged with third degree assault and battery, according to the Richland County Sheriff’s Department in South Carolina.

The incident happened on Monday in Columbia, South Carolina. Sgt. 1st Class Jonathan Pentland, 42, told a sheriff’s deputy that he pushed the Black man twice and knocked a phone out of his hand in a confrontation that took place on the sidewalk in front of his home, a sheriff’s department report says. Pentland also told the deputy that he acted to protect his wife.

In the Instagram video, Pentland can be seen in the video telling the other man to get out of his neighborhood even though the man claims he lives there.

Pentland, who is assigned to Fort Jackson in South Carolina, is shown in the video accusing the other man of harassing people in the neighborhood. He repeatedly tells the Black man to “walk away” and says he’s never seen the man in his “tight-knit community” before.

At one point in the video, Pentland aggressively shoves the other man and later says: “Check it out: You either walk away or I’m going to carry your ass outta here.”

“You’re in the wrong neighborhood motherf***er,” he follows up later.

At the end of the video, a woman who is not shown accuses the man of picking a fight with a woman who lives in the neighborhood.

“The young man was a victim; the individual that was arrested was the aggressor, and he’s been dealt with accordingly,” Lott told reporters at a press conference on Wednesday.

Sheriff’s deputies didn’t charge Pentland on Monday since they did not have enough information at the time of the incident to arrest him, Lott said. Ultimately, a county solicitor and magistrate judge determined that Pentland should be charged with 3rd-degree assault and battery.

“He touched somebody: That’s an assault,” Lott said. “That’s assault and battery when you place your hands on someone, and he did. The video showed that he did, and that’s the evidence that we have that he was charged with.”

Pentland faces a maximum penalty of 30 days in jail or a $500 fine, Lott said.

Lott declined to identify the Black man shown in the video or what events happened before the altercation with Pentland.

The Richland County Sheriff’s Department has provided media outlets with reports about two other incidents in the neighborhood that took place on April 8 and 10 involving a 22-year-old Black man, whose name was redacted.

When a reporter asked Lott if these two reported incidents are connected to Monday’s altercation, he replied: “There may be some connection to it, but it doesn’t justify it.”

Pentland also faces a command investigation in connection with the incident and Army investigators and staff judge advocates are working with their civilian counterparts to determine what happened, Fort Jackson officials have said.

On Wednesday night, Pentland was transferred from the Richland County Sheriff’s Department to Fort Jackson authorities, said Leslie Ann “LA” Sully, a spokeswoman for the base. He has been suspended from his instructor duties until the investigation has been completed and the criminal charges have been adjudicated.

“Soldier conduct on- and off-duty must be exemplary to retain the trust of our communities and our nation,” Brig. Gen. Milford Beagle, Jr., base commander, said in a statement. “Fort Jackson continues to work with and support Sheriff Lott, our local law enforcement professionals, and community & civil leadership as this case moves forward.”

Featured image: A viral Instagram video shows Jonathan Pentland, who is assigned to Fort Jackson, South Carolina, pushing a Black man during an altercation in front of his home.

UPDATE: This story was updated on April 15 with more information from Fort Jackson about Pentland’s status.