“The NSC coordinates policy and provides the president with options to anticipate and respond to a variety of threats.” 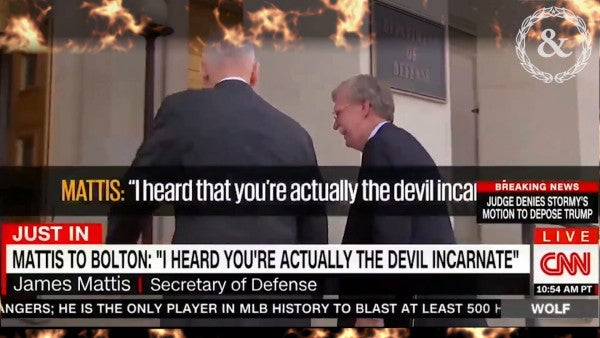 Ambassador John Bolton made the request after Iranian-backed militia fighters mortared the U.S. embassy in Baghdad, according to the newspaper.

No information was available on Friday about what the military options were.

“The NSC coordinates policy and provides the president with options to anticipate and respond to a variety of threats,” National Security Council spokesman Garrett Marquis said in a statement. “We continue to review the status of our personnel following attempted attacks on our Embassy in Baghdad and our Basra Consulate and will consider the full range of options to preserve their safety and our interests.”

When asked about the Wall Street Journal story, a Pentagon spokesman did not answer directly.

“The Department of Defense is a planning organization and provides the president military options for a variety of threats; routinely reviewing and updating plans and activities to deal with a host of threats, including those posed by Iran, to deter and, if necessary, to respond to aggression,” said Army Col. Rob Manning.

A U.S. official told Task & Purpose that the Defense Department does not provide any details on military options provided to the White House or discussions with the president.