The Pentagon will be providing assistance at the southern U.S. border through most of 2019, according to an official statement released late Monday. 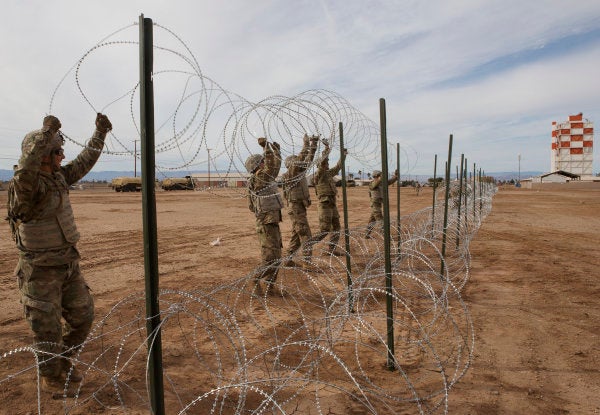 The Pentagon will be providing assistance at the southern U.S. border through most of 2019, according to an official statement released late Monday.

Acting Defense Secretary Patrick Shanahan approved a Dec. 27, 2018 request for DoD support from the Department of Homeland Security, which will be ongoing through Sep. 30, 2019.

The DoD is “transitioning its support at the southwestern border from hardening ports of entry to mobile surveillance and detection, as well as concertina wire emplacement between ports of entry,” the statement said. “DoD will continue to provide aviation support.”

Roughly 6,000 active duty and National Guard troops were first sent to the border in October in response to a migrant caravan originating from Central America that was headed to the U.S.-Mexico border.

WATCH: Border In A Nutshell