At 25 years old, Kyle Carpenter, a former Marine infantryman, is just the second living Marine to receive the nation's highest... 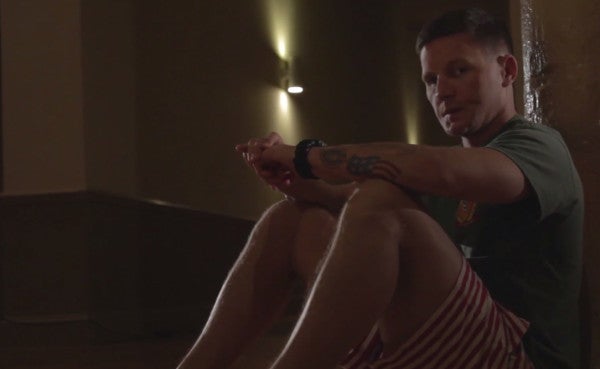 At 25 years old, Kyle Carpenter, a former Marine infantryman, is just the second living Marine to receive the nation's highest award for valor for actions in Iraq or Afghanistan.

Carpenter in 2010, alone on a rooftop with one other Marine in Helmand province, Afghanistan, shielded the explosion from a Taliban grenade in an effort to save the other Marine, Lance Cpl. Nicholas Eufrazio.

Carpenter “was severely wounded and immediately evacuated due to a depressed skull fracture requiring brain surgery, multiple facial fractures, a third of his lower jaw missing, a collapsed right lung, and multiple fragment injuries to both of his upper and lower extremities,” according to the official Marine depiction of the battle.

But he came back, and after being in the hospital for two years has gone on to run a marathon and enroll at the University of South Carolina.

I've made no effort to hide my thoughts about this. I think Carpenter is poised to become a figurehead for an incredible new generation of American veterans. His story of heroism, coupled with his resiliency and devil-may-care attitude are hyper-American and hyper-Marine.

Shortly after the announcement, the Marines official YouTube channel posted a video of Carpenter sharing his story and perspective.

“I won't ever quit” he says. “I am just getting started.”

I can't wait to see what he has in store.