Editor's Note: This article originally appeared at War on the Rocks.  The Obama-style speech that inspired previously uninterested millennials to... 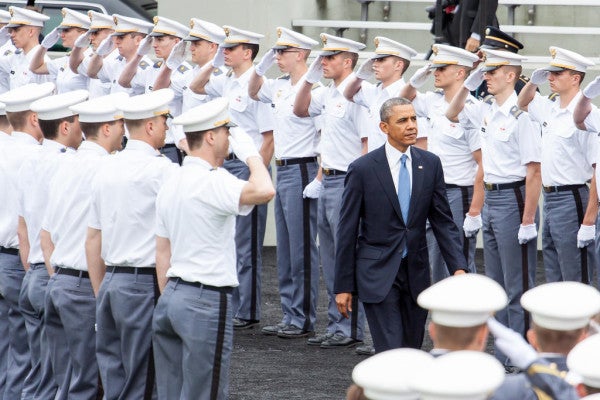 Editor's Note: This article originally appeared at War on the Rocks.

The Obama-style speech that inspired previously uninterested millennials to vote for the first time, drew record-breaking crowds to his inauguration, and regularly stirred overwhelming emotion among broad swaths of people, has become outdated, predictable, and frankly, a little irritating. The latest entry in this genre, President Obama’s recent commencement address at West Point, displays soaring but empty rhetoric, banalities, as well as unrealistic and unexplained goals:

And beyond these narrow rationales, I believe we have a real stake — abiding self-interest — in making sure our children and our grandchildren grow up in a world where schoolgirls are not kidnapped; where individuals aren’t slaughtered because of tribe or faith or political belief. I believe that a world of greater freedom and tolerance is not only a moral imperative; it also helps keep us safe.

He might as well have said we have a real stake in making sure unicorns prance around with butterflies under double rainbows because ‘Murica.

In these circumstances, we still need to ask tough questions about whether our actions are proportional and effective and just. International opinion matters, but America should never ask permission to protect our people, our homeland or our way of life.

In other words, international opinion matters only if it is the same as American opinion, AKA the right opinion.

… as I said last year, in taking direct action, we must uphold standards that reflect our values. That means taking strikes only when we face a continuing, imminent threat, and only where there is no certainty — there is near certainty of no civilian casualties, for our actions should meet a simple test: We must not create more enemies than we take off the battlefield.

Unless we’re using drones, lots and lots of drones.

There are many more gems in Obama’s speech about American exceptionalism, human rights and democracy, and all those other buzzwords that seem to be requirements by White House speechwriters. It would have been more useful had he identified more specific goals and end-states and explained how he would direct the tools of national power toward achieving them. For people like me who are tired of the flag-waving platitudes, it’s time for Obama to stop talking about leadership, and start showing some.