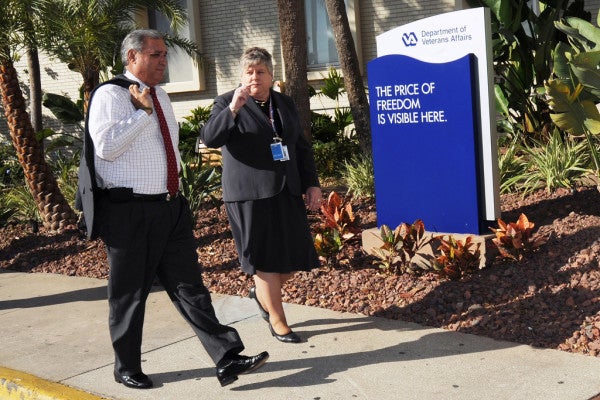 At one point in our nation’s history, Congress was dominated by veterans. By the mid-1970s, over 300 seats in the House of Representatives alone were filled by those who experienced the nation’s various wars from World War II through Korea through Vietnam.

Today, with our nation recovering from two long wars fought by an all-volunteer force, the number of veterans in the House has shrunk substantially — to less than 100.

The paltry number of vets in the House has led to fewer representatives being able to speak with firsthand knowledge about veteran issues and other national security concerns. In addition, the shrinking number of available candidates has meant that the committee dedicated to veterans issues is oftentimes short on actual veterans.

The House Committee on Veterans Affairs, a 25-member body of both Republicans and Democrats (14 of the former, 11 of the latter) reviews veterans’ programs available through the Department of Veterans Affairs, including health care, disability compensation, GI Bill education and job training, home loan guarantees, life insurance policies, and a nationwide system of veterans’ cemeteries.

That’s 25 members with a huge influence on the future of America’s 20 million-plus veterans.

Sounds important, right? Guess how many of those 25 are vets themselves?

Between both parties. Out of 89 to choose from, only six veterans actually sit on the Veterans Affairs committee.

Now, considering there are 89 veterans in the House, and many committees to slot members into, it makes sense that some veterans would be shifted to other committees, especially if they have seniority in the House.

But what does it say about the importance placed on the Veterans Affairs committee that it’s non-veteran membership consists of:

And the committee’s chairman — Jeff Miller (R-FL), a man who served his country on the front lines of the real estate industry in Pensacola, where he sold houses to snowbirds.

Quite the way for both parties to show they’re putting the concerns of veterans at the head of the line.

Perhaps the problems veterans face today — from long waits for disability claims to finding jobs once they get out, to receiving expedited treatment at VA medical centers — could be better addressed if America had a committee dedicated to its veterans that was, perhaps, comprised of actual veterans.

Not that I’m doubting the sincerity of a former lead singer for the band Foss, or a former offensive tackle for the Eagles. If there were pressing concerns over the music and sports industries, those would be the two guys in Congress I’d want heading up a committee.

But for our nation's veterans? Do they really deserve the congressional committee tasked with serving them being stacked with leftovers the two parties didn’t want in their “big boy” committees like Appropriations and Ways & Means?

Shouldn’t we be asking our political parties — no matter which one you support — why they continue to allow veterans to be disrespected with a motley crew of committee members who have no connection to our military?

Perhaps someone will ask this question at one of the many future hearings the House Committee on Veterans Affairs will be holding over the Phoenix VA scandal, hearings that will no doubt allow the committee to display its anguish and dismay and outrage over how our veterans could be mistreated.

Perhaps we’ll be treated to a song. Perhaps some super secret VA info will get leaked. Perhaps John Runyan will tackle an undersecretary, which would no doubt be the highlight of any committee hearing.

Perhaps the committee will actually do some good and not treat the hearings like a partisan witch hunt.

Perhaps, but if you believe that, Jeff Miller’s got a bridge in Pensacola to sell you.

The VA will be ran through the mud at this hearing, not that they don’t deserve it. But there’s plenty of mud to go around. It would be a shame if everyone in the hearing room didn’t end up covered by the end. The VA needs change, but so does the House Committee on Veterans Affairs.

Vets deserve serious representation as well as serious action, two things they’re not getting from Washington.

Jay Kirell is a former reporter and combat veteran, serving with the 101st Airborne Division during the 2010 surge in Afghanistan. His blog, thesterlingroad.com, details his experiences at war and his struggles with PTSD and other veterans issues.