Real Leadership Does Not Come From Followership

The next time some civilian says the word “followership,” or any strange perversion of verbiage thereof, I am going to... 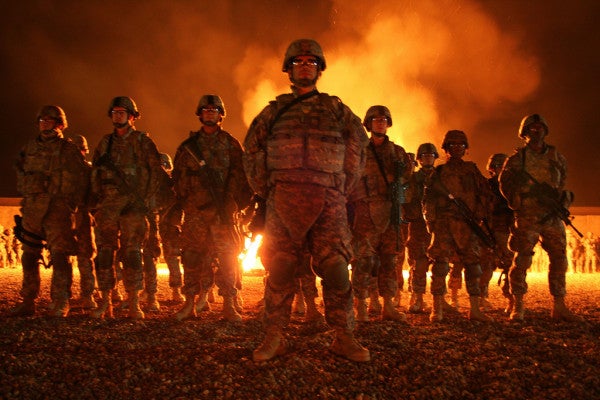 The next time some civilian says the word “followership,” or any strange perversion of verbiage thereof, I am going to see just how much combatives I recall.

“Good leadership comes from good followership” is a phrase I have now heard three times in less than a week, all from people who never served a day, and I don’t buy it for a minute. Yes, knowing how to take instructions helps. You have to know how you are coming across to those you lead, and you need a good understanding of clear messaging.

Followership is “the reciprocal social process of leadership,” according to the 15-year-olds who populate the all-knowing Wiki. That just says a leader has followers. However, followership is the least of my worries when I’m looking for new leaders to help me with my projects, especially with veterans because they should know the basics of true leading.

So, to the guy who just told me he’s putting together a followership class to help build leaders, here is a quick list of qualities for being a good leader:

We spend our first few years in the military almost exclusively following. We follow orders. We march behind someone in formation and on road marches. We move in lines and listen to instructions and learn what to do. And then we lead, while still following those above and in front of us. But we use lessons learned when we were followers to guide others, and the cycle perpetuates itself.

I don’t want a follower, I want a team. I want to share ideas, and I don’t care where they come from. The military makes some of the greatest leaders, so let’s show them what we learned and maybe we can lead the corporate world away from buzzwords like “followership.” Don’t buy into following, buy into teamwork.

Career
Elana Duffy
followership
how to be a leader
Leadership