Good Leadership Sometimes Means Keeping Your Opinion To Yourself 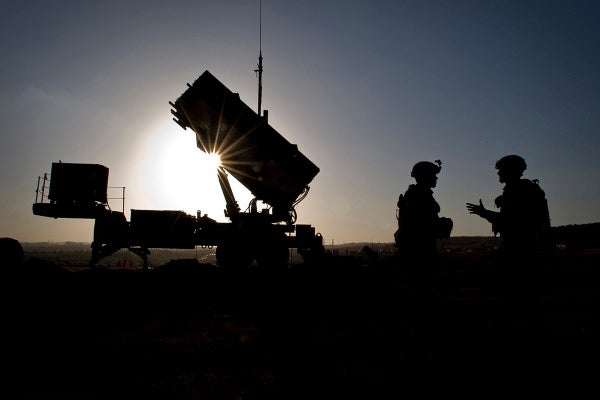 Have you ever stood in formation and listened to a commander or senior noncommissioned officer spout off on a tangent of meaningless topics? There’s no coherent string of thought, just awkward pauses followed by ramble. The person adds comment after comment as if there’s a minimum time of talking required to be a good leader.

Or how about this one: Every time you’re at a unit meeting and someone offers a good idea, the commander can’t resist the urge pile on with his own advice, diminishing the contributor. Or worse, the leader publicly states that the idea won’t work.

Those are frustrating situations because either it feels like the content we are receiving isn’t worth the time it takes to hear it, or because the leader creates an environment where his opinion is the only one that really matters. In any case, it’s exasperating.

Author Marshall Goldsmith says that these environments occur when leaders fall victim to the habit of “adding too much value.”

Military leaders like to talk … a lot. We talk at formations, we talk in meetings, we talk at promotions. We talk because we want to take advantage of legitimate development opportunities. And sometimes we talk because we feel like we’re not really leading unless we are contributing something. Still, sadly, some leaders have a narcissistic need to hear themselves talk, and do so at the expense of others.

This tendency is exacerbated by the nature of command, which gives high regard to the opinions and decisions of the commander. Plenty of military leaders advance through the ranks, but still hold on to the leadership and management skills that made them successful at the tactical level (i.e., hands-on, directive, top-down leadership). This mindset prevents them from acknowledging that the large team they now lead is full of varied experiences, good ideas, motivation, and an eagerness to contribute.

In his book “What Got You Here Won’t Get You There,” Goldsmith explains, “It is extremely difficult for successful people to listen to other people tell them something that they already know without communicating somehow that (a) ‘we already knew that’ and (b) ‘we know a better way.’” Most leaders are comfortable with running the show, but do so at the expense of their team’s development.

Goldsmith calls it the fallacy of added value, an effect that most of us have experienced time and again. The leader may improve a subordinate’s idea by 5%, but he’s reduced the commitment to executing it by 50% because the leader has essentially made it his own.

One understandable reason that leaders interject and interrupt is that their perspective is wider and more informed. They know the big picture and how the unit fits into it. So, when they hear a comment from a subordinate that doesn’t quite mesh with reality, they right the ship. Leaders think they’re helping the team when they correct the misguided input, but the results can end up being destructive.

So, how do we avoid undercutting the team while still fulfilling our role as leader, commander, and mentor? Consider the following ideas, with several from Goldsmith’s book.

It’s a dangerous assumption to think that people working for us can’t contribute the same quality of content that we can. They bring vastly unique perspectives, drawn from wide-ranging experiences and worldviews. As such, the leader’s goal in the collaborative effort should be to inspire collective brilliance, instead of to impart individual wisdom.