Most military professionals agree that reading plays a critical role in professional development, however, the practice isn’t as widespread as... 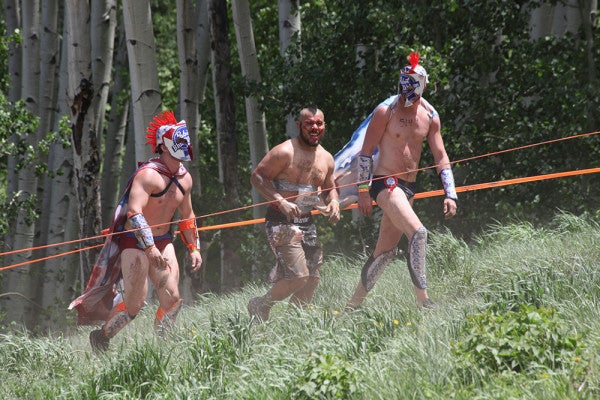 Most military professionals agree that reading plays a critical role in professional development, however, the practice isn’t as widespread as it should be throughout the services. Unfortunately, self-development is about as popular as Pabst Blue Ribbon in the early 1990s.

Back then, the only place you could probably find a can of PBR was in your uncle’s refrigerator who lived in a cabin 100 miles away from civilization. But by 2015, Fast Company named them one of the biggest business comebacks in the last 20 years. PBR is now the official beverage of hipsters everywhere, and suddenly it is fashionable to wear a PBR shirt or hat. How did this brand escape your weird uncle’s cabin and become mainstream again? Through conversation.

According to PBR’s senior brand manager Neal Stewart, instead of spending millions of dollars on national ad campaigns in the early 2000s, PBR’s marketing team started at the bottom and reached out to people in obscure bars in places like Portland, Oregon. They sent reps into these places with the sole purpose of striking up a conversation about Pabst. From there, they began sponsoring cultural events, and the rest is history. Today, you can find a can of PBR in the cooler or on draft at restaurants, and bars across the country.

“We ask our sales people if they have heard of the event, if anybody else has sponsored it in the past. You have to gauge how fun it will be, how much buzz it will drive, how unique it is. That 'unique' factor is a big part of it,” Stewart said in an interview with Marketing Sherpa back in 2004.

This case demonstrates that if the military community wants to increase the practice of professional reading, it won’t happen by creating more reading lists or official self-development programs. It’s going to happen through conversation, through buzz. Word of mouth is a powerful force in spreading ideas and behaviors. It has transformed companies such as Pabst Blue Ribbon and been the topic of bestsellers like “Tipping Point” by Malcolm Gladwell.

Many leaders make the mistake of forcing subordinates to read books either to jump start the habit or check a box. A few years ago, I met some officers whose commander made them read a book a month. This turned out to have a negative effect, and once that leader was gone, those officers had no desire to read even an article.

A more effective way to spread the practice is to take the PBR approach, and start a conversation. Leaders can take a few minutes during a meeting, a morning run, or in a casual setting, to strike up a conversation about a book or an article they recently read. I once worked for a well-respected officer who was known for being a voracious reader. Not once did he ever ask me (or order me) to read a book. Yet, I purchased more books while working for him than any other boss. Why? Because he talked about what he read. He always took a few minutes during a meeting or in casual conversation, and would passionately describe a work of fiction or nonfiction he was reading. His enthusiasm was contagious. His approach is a wonderful example of how we can positively influence those around us to read more.

Social media is another excellent tool that leaders can leverage to start a conversation about reading. Goodreads is one of my favorite mediums for keeping track of what I read and recommending books to friends. It’s like Facebook for book nerds. Users are able to share what they are reading with others, recommend books, share their status updates on Facebook and Twitter, and even connect their “want to read” shelf with their Amazon wishlist. Goodreads is a great way to continue to talk about books long after a permanent change of station.

Even if you don’t decide to open a Goodreads account, updating your status on Facebook with the latest book on your nightstand is another way to keep the conversation going outside of work. I recently posted a book recommendation in my Facebook status and within two days several friends messaged me letting me know that they decided to go out and purchase the same book.

Get back to small talk.

PBR would have never made a comeback if they had tried to compete with Coors or Budweiser and launch a multimillion dollar national ad campaign. They started in bars with conversation. If the military wants to increase the number of leaders who read to develop themselves, we will not get there by publishing reading lists or forcing folks to pick up a book. We will get there through conversations in the conference rooms, wardrooms, and PT fields out in the operational force.

Next time you find yourself at the leader’s club popping open a can of cold smooth PBR, go ahead and strike up a conversation about reading. The profession will thank you.